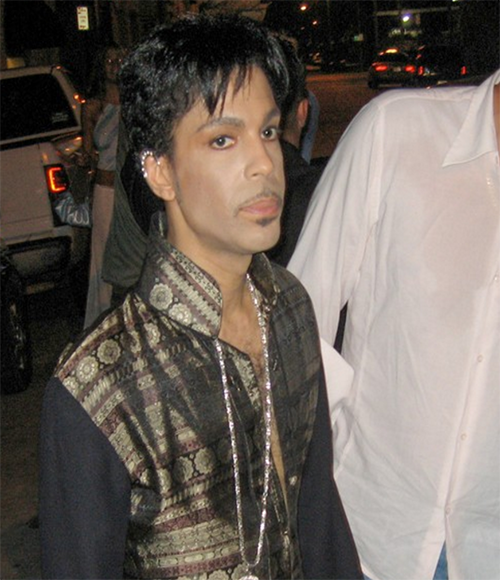 Who were Prince’s family members? Prince rarely spoke of his family, which included his mother, Mattie; father, John; one full-blooded sister, Tyka; seven half-siblings, and two ex-wives. Prince’s only child, Boy Gregory, died from Pfeiffer syndrome when he was one-week old.

Prince’s father, John Lewis Nelson, was a musician known professionally as Prince Rogers. John was born in Louisiana. He moved to Minneapolis chasing his musical dreams and formed the Prince Rogers Trio. John, who co-wrote several songs with his son, died in 2001.

Mattie Della Shaw, a jazz singer born in Minneapolis, was 16 years John’s junior. Mattie is the mother of Prince’s only full-blooded sibling Tyka. Mattie and John divorced when Prince when Prince was 10-years-old. Mattie died in 2002.

Following Mattie’s divorce from John, she married Hayward Baker, with whom she had one son named Omarr. Prince felt Mattie abandoned him and Tyka for her new family and was barely spoke about his mother during his life.

Full-blooded sister Tyka Nelson is the mother of six children: Sir, Prez, Chelsea, Rachard, Crystal and Danielle. Tyka was addicted to drugs and working as a prostitute when she entered rehab with older brother Prince’s assistance. Her life changed forever and Tyka became a gospel singer who has released six albums.

Prince’s half-siblings, from his father John’s marriage to Vivian Nelson, are Sharon Nelson, John R. Nelson, Lorna Nelson and Norrine Nelson. Lorna died in 2006 at the age of 63. Another half-brother, Duane Nelson, was born in 1958 to Vivian and John while Prince’s father was married to Mattie. Duane, the former head of security for Prince, died in 2013 at the age of 52.

Alfred Jackson is Prince’s half-brother from a previous relationship of Mattie’s. Tyka refers to her older brother as Alfred Frank Alonso. Prince’s former drummer Charles Smith penned the book “Possessed” in which he revealed that Alfred was an influence on Prince’s music. Alfred served in Vietnam but upon his return home was admitted to a veteran’s hospital where he still lives.

The ‘Purple Rain’ singer was married and divorced twice. His first wife, Mayte Garcia, was one of his tour dancers. The couple met in 1990 and married on Valentine’s Day in 1996.

Mayte gave birth to Prince’s only child, Boy Gregory. Only a week old, the baby died from Pfeiffer syndrome. Mayte Garcia was pregnant a second time but miscarried. The tragedy is said to be the reason Mayte and Prince divorced in 1999.

TMZ reports that Prince was treated at a hospital in Moline, Illinois for a Percocet overdose days before his death. Members of Prince’s team reportedly advised emergency medical technicians who responded at the airport that Prince had taken the drug following his concert in Atlanta. A “save shot” was given to the singer at the airport after an emergency landing.