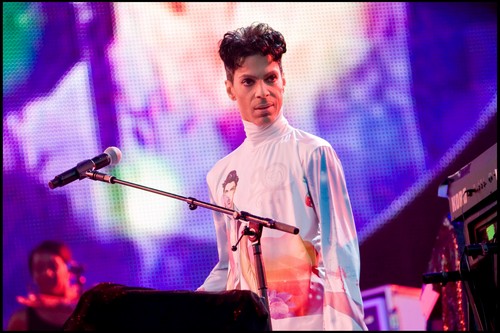 Was Prince’s death a result of a drug overdose? The beloved singer tragically was pronounced dead at his home, Paisley Estate, in Minnesota on Thursday, April 21 at the age of 57 years old. Details surrounding the singer’s cause of death are scarce – and his reps still have not released an official statement but his publicist confirmed his death.

However, shocking news has emerged about Prince’s trip to a hospital in Illinois less than a week ago. Just six days prior to Prince’s death, his private plane made an emergency landing in Illinois and the singer was rushed to the emergency room.

Prince was discharged a few hours later, and his reps insisted that he just had a bad case of the flu and he was home recuperating. Obviously this raised some red flags – he was 48 minutes from home, he couldn’t wait 40 more minutes to get to the emergency room in Minnesota?

Employees at the hospital insist that they advised Prince to stay for observation and did not give the singer a clean bill of health – however the pop icon bailed because he was not happy with the accommodations and they wouldn’t give him his own private room.

Now, TMZ is reporting that Prince’s mysterious trip to the emergency room in Illinois was the result of a drug overdose…not the flu.

TMZ is reporting, “Multiple sources in Moline tell us, Prince was rushed to a hospital and doctors gave him a “save shot” … typically administered to counteract the effects of an opiate.”

The website goes on to reveal that doctors in Prince’s hometown in Minnesota have contacted the hospital in Illinois to help get details to determine the singer’s case of death, so it looks like the two incidents are related.

TMZ now posts that the drug Prince overdosed on – that necessitated an emergency plane landing and hospital life-saving injection – was Percocet which contains Oxycodone otherwise known as a form of Hillbilly Heroin.