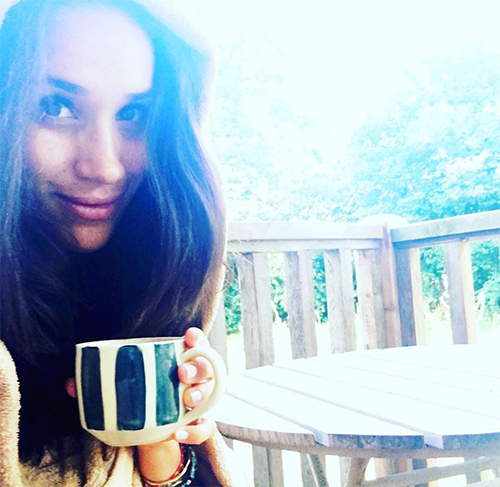 Prince Harry has left Meghan Markle behind already. In fact, there’s new speculation that Harry dumped Meghan because the ‘Suits’ actress apparently tipped off the press about their very secret relationship. Reports suggest that Prince Harry – who hasn’t had a serious girlfriend in several years – was none too happy over the fact that Meghan shared an Instagram post of her wearing a blue bracelet that was identical to the one he was last spotted wearing earlier this year.

Prince William’s younger brother apparently gave it to the Hollywood star after they first met and began their relationship during her trip to London back in March. Since then, the couple has been secretly dating while trying to keep their romance out of the headlines all because Prince Harry is well aware that his grandmother Queen Elizabeth would never approve of him dating someone like Meghan. That’s why he abruptly canceled plans to meet her in Toronto this week right after the press picked up on their romance.

Prince Harry and Meghan Markle were able to keep their relationship under the radar only because the actress cooperated up until this point. But now that the cat is out of the bag, thanks to her, Prince Harry has no choice but to pull the plug on their romance, simply because there’s no way Queen Elizabeth would approve of her grandson dating or even marrying an actress.

The royal family has a long history of trying to distance themselves from Hollywood and tabloid fodder for as much as they possibly can. The last thing Queen Elizabeth wants is for Harry to marry someone like Meghan, who will no doubt use the royal family to help generate publicity for herself or, worse, use them to give her career a the boost it needs. 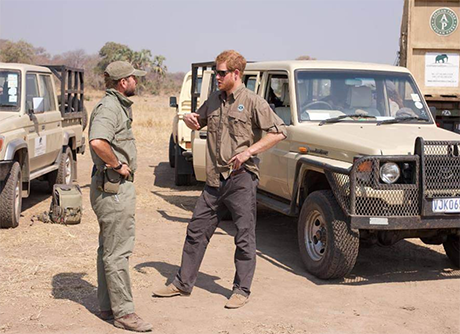 Queen Elizabeth has seen it with Harry’s fame-hungry and attention-seeking ex Cressida Bonas and doesn’t want to deal with someone like her again. If that weren’t enough, she also has someone like Kate Middleton on her hands, who uses all of her royal engagements as an opportunity to put on a fashion show for the public. Prince Harry needs to marry someone who is serious about her royal duties and not someone who simply wants to be a media star. With expectations this high, Prince Harry might never find the right woman, making his future marital plans look grim.

Do you think Prince Harry dumped Meghan Markle? Is Harry upset with the Instagram post Meghan shared with her fans? Meghan Markle let one of the biggest opportunities of her life slip by simply posting a photo of Harry’s bracelet online when she obviously knew better not to. Let us know your thoughts. Also, don’t forget to check back with CDL for all the latest news on the royal family.

Prince Harry took this photograph and said: “‘Kester Vickery from Conservation Solutions trying to get this Bull Elephant to lie down! 262 elephants were moved from Liwonde National Park and it was always the bulls (males) that needed a little extra to stop them. They are all now living happily in their new home in Nkhotakota Reserve, where there is more space for them to breed.” (Photo 5/5) 📷 Prince Harry

During the summer Prince Harry helped African Parks with one of the largest elephant translocations in conservation history. HRH has written personal quotes to accompany photographs of the project. “A few of us trying to ‘tip an elephant’. This young male was fighting the sedative drug and was headed towards the trees, which would have made it very difficult for us to get him on the truck. All directions were taken from Kester Vickery from Conservation Solutions and Andre Uys, the vet.” (Photo 1/5) 📷 @africanparksnetwork

Full Effect is supported by The Royal Foundation and delivers a variety of projects to engage children and young people, offer skills and training and life opportunities. It’s been lovely to meet people in Nottingham today so thank you so much for coming out today.