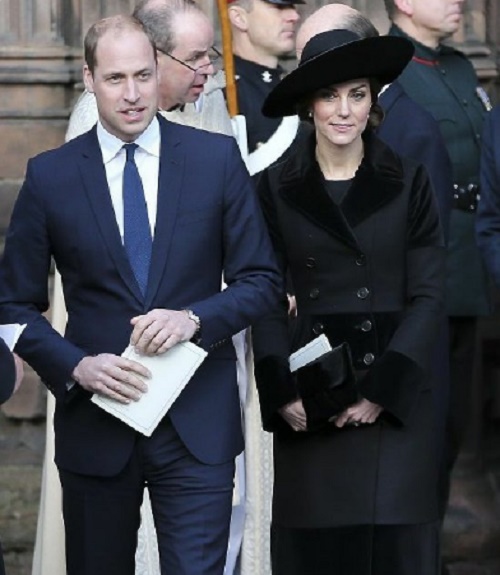 Prince William, accompanied by Kate Middleton, paid final respects to the Gerald Grosvenor, the 6th Duke of Westminster on Monday, November 28. Prince Charles and Camilla Parker-Bowles also attended the service which was held at Chester Cathedral.

In life Gerald Grosvenor, had been very generous to Kate Middleton and Prince William, often lending the Cambridge’s his private jet for their personal travel. Kate and William were on holiday in France when the Duke of Westminster passed away unexpectedly.

While visiting his Lancashire estate the Duke of Westminster suffered a heart attack. He was rushed to the hospital where the 64-year-old died on August 9th. The Duke’s son Hugh Grosvenor, 25, became the 7th Duke of Westminster upon his father’s death. Hugh is one of Prince George’s godparents. 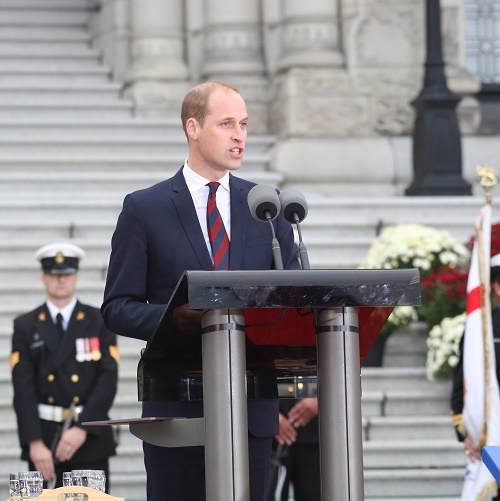 The Telegraph reports that the 6th Duke of Westminster’s daughter Lady Edwina Snow read a poem titled ‘A Letter to my Father’ during the memorial service. In part, the very personal poem reads, “You taught me so much. Fight for what you believe in. Don’t ever give up. If you are knocked down, dust yourself off…and get back on your feet.”

Hugh Grosvenor read Rudyard Kipling’s poem ‘If,’ which the new Duke said was his father’s favorite. The end of the poem is the most touching, “Yours is the Earth and everything that’s in it, And – which is more – you’ll be a Man, my son.”

Hugh, along with his sisters Lady Tamara, Lady Viola and Lady Edwina, had been raised in relative privacy at their parents’ insistence. In addition to the title 7th Duke of Westminster, Hugh inherits the responsibility of a £9 billion fortune and thousands of acres of land in the UK and overseas.

Prince William also gave a reading at the memorial service held at Chester Cathedral. The Duke of Cambridge performed the Garter Prayer which is part of the annual service of Knights of the Order of the Garter with which the late 6th Duke of Westminster had been honored.

While Kate Middleton, Prince William, Prince Charles and Camilla Parker-Bowles paid their respects to the late Duke inside the Chester Cathedral, the streets were also lined with mourners. The citizens of the cathedral city also wished to pay their respects to the man who had generously done so much for Chester and the countryside that surrounds the town. 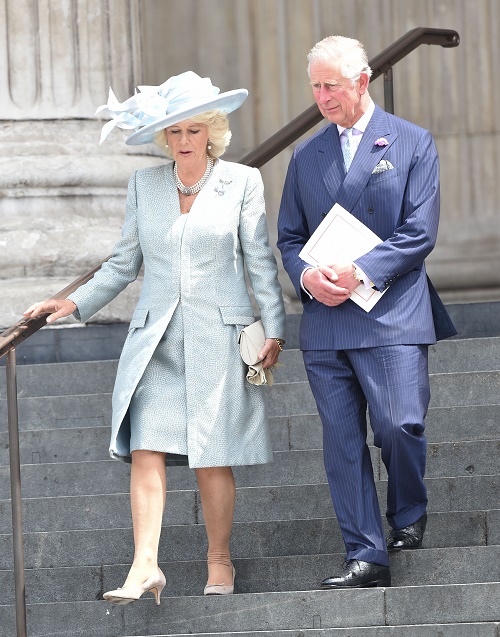 People of #Chester remember the Duke of Westminster on the day of his memorial service at @ChesterCath https://t.co/EC9cs42nru

A gallery of photographs from today’s memorial service @ChesterCath for the sixth Duke of Westminster https://t.co/fpo9YNp9C2