Prince Charles has complained that Queen Elizabeth and Prince Philip were distant parents. Season 1 of ‘The Crown’ portrays Prince Philip as a loving father who spent as much time as possible with Prince Charles and Princess Anne. But the Netflix series exposes the Duke of Edinburgh as a cold-hearted and cheating husband.

‘The Crown,’ inspired by true events, follows a young Queen Elizabeth [Claire Foye] through the very tender first few years of marriage to Prince Philip [Matt Smith]. After the death of King George VI [Jared Harris], Her Majesty was thrust much too early into her role as queen.

Putting duty and country before all else prevented Queen Elizabeth from being a loving and doting mother to Prince Charles and Princess Anne. It also took a toll on her marriage to Prince Philip.

In a sneak peek first look at ‘The Crown,’ we see Philip running around Buckingham Palace laughing, playing, and tickling Princess Anne and Prince Charles. In the clip, we see that Queen Elizabeth smiles and watches with longing but holds back from dashing to join in the happy playful moment. Instead, a look of sadness mixed with jealously crosses Queen Elizabeth’s face as she walks off.

Throughout all the 69 years Queen Elizabeth has been married to the Duke of Edinburgh, there have been accusations that Philip indulged in adulterous affairs. ‘The Crown’ dives into Philip’s relationships with other women as he and Queen Elizabeth drifted farther and farther apart.

The first look at ‘The Crown’ exposes that Prince Philip hardened his heart toward Queen Elizabeth even before Her Majesty was coronated. Wanting a marriage, not a monarch, Philip demands that Queen Elizabeth put aside her Royal responsibilities and be “a living breathing thing. A mother, a woman, a sister, a daughter. A wife!” 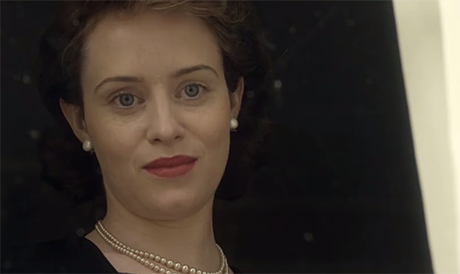 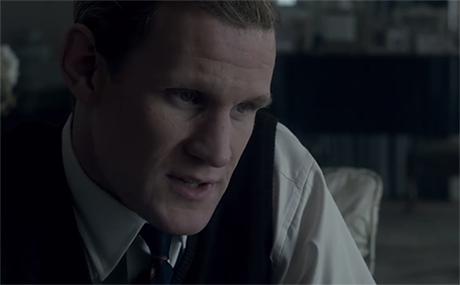 Kate Middleton must know what a toll becoming monarch and defender of the faith took on Queen Elizabeth at the age of 26. Yes, Kate Middleton wants to be queen someday, otherwise the Duchess of Cambridge wouldn’t have married Prince William.

But, right now, Kate Middleton has the luxury of being exactly what Prince Philip wanted Queen Elizabeth to be – a living, breathing human. A woman, a sister, a daughter, a mother, and a wife. Netflix premieres ‘The Crown’ season 1 beginning Friday, November 4.