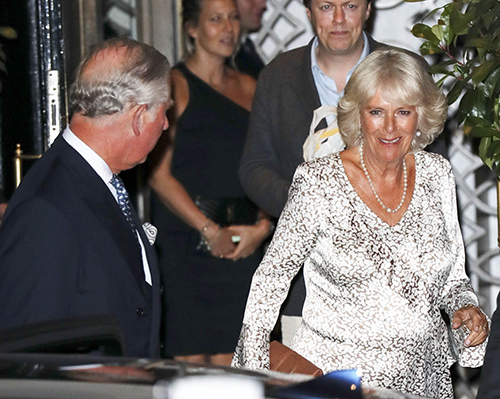 Who would blame Prince Charles if the future King is furious about Camilla Parker-Bowles absence at the recent GB Heroes reception at Buckingham Palace? This was an important night for the Olympians and Paralympians and Camilla skipped it to attend son Tom Parker-Bowles cookbook launch with ex-husband Andrew Parker-Bowles.

Charles reason for being upset probably wasn’t because Camilla spent the evening in the company of Andrew Parker-Bowles and Tom Parker-Bowles. No, the Prince of Wales probably took a tongue lashing from Queen Elizabeth over Camilla’s absence.

Tom Parker-Bowles is an award-winning cookbook author. The book launch for the new cookbook was an important event for the Guild of Food Writers 2010 award winner. Tom’s been a judge on many a British cooking show and his restaurant review are world renowned.

Despite the fact that Camilla Parker-Bowles was Prince Charles mistress the entire time she was married to Andrew Parker-Bowles, the two remain on friendly terms for the sake of their children Tom and daughter Laura Lopes. Andrew and Camilla also have five grandchildren, and that means the exes probably see each other on holidays and the grandkids’ birthdays.

How did it come about that Tom’s book launch came about the same night as the important reception hosted by Queen Elizabeth? Couldn’t the date have been moved to another day? The Duchess of Cornwall does have a busy schedule, but there must have been one other night Tom could have chosen for such an important occasion? 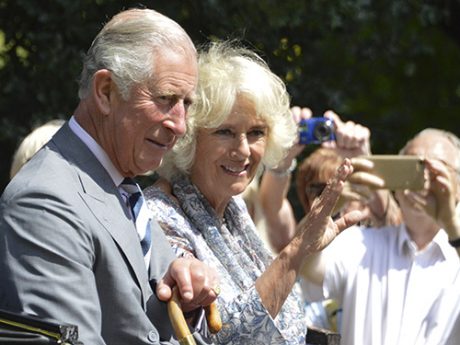 Can you imagine if Kate Middleton decided to have dinner with Carole Middleton and Pippa Middleton to plan the most important wedding of 2017? That would have Prince William storming around Anmer Hall or Kensington Palace in a huff lecturing Kate Middleton. Maybe even yelling that is completely unacceptable for the Duchess of Cambridge to attend a Middleton family gathering rather than be by his side at important Royal family functions.

Perhaps Queen Elizabeth gave Camilla Parker-Bowles a pass this one time. Maybe having one embarrassing Royal wife at the reception was more than Her Majesty could bear. We must say, at least Kate Middleton dressed appropriately for the occasion and there were no wardrobe malfunctions.