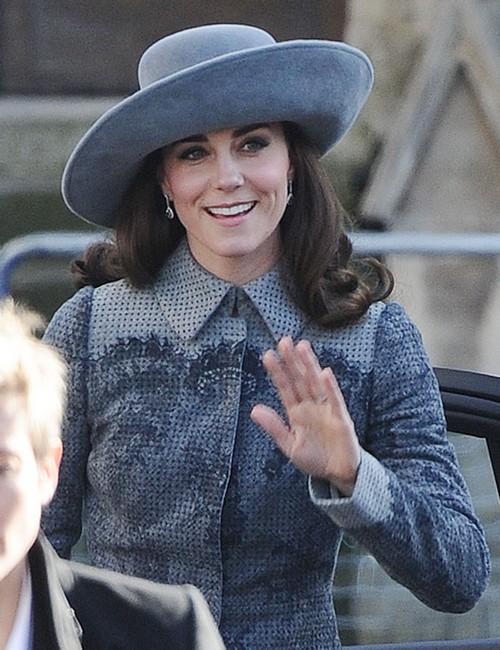 There is more that Queen Elizabeth may find disgusting about Kate Middleton’s interview for Our Queen At Ninety documentary. Kate honestly is not yet Royal enough because she hasn’t learned when to stop talking. The Duchess of Cambridge admits she’s been warned that the chit-chat must be controlled.

Kate Middleton gave her first solo interview since marrying Prince William for the ITV documentary Our Queen At Ninety. The special tribute to Queen Elizabeth didn’t air until Sunday, March 27 but there were plenty of leaks about what Kate had to say.

Is the Royal Family making fun of Kate when they tell her she talks too much on walkabouts? Kate reveals that yes, there’s quite a bit of teasing going on when it comes to Kate’s incessant chatter.

However, Kate insists that Queen Elizabeth has been a wonderful role model and is guiding the Duchess of Cambridge in her role as queen-in-training. Get ready for Kate to divulge, “[Queen Elizabeth’s] been generous and not forceful at all in her views. And she’s really been there in a gentle guidance for me.”

We can’t imagine Queen Elizabeth stomping around Buckingham Palace ranting and raving about Kate’s lengthy chats during walkabouts. Maybe Camilla Parker-Bowles is upset that the Duchess of Cambridge hasn’t been able to understand the Royal protocol involved when meeting and greeting.

Camilla Parker-Bowles has always delighted in making Kate feel uncomfortable. It’s been widely reported that Camilla never misses an opportunity to remind Kate of her commoner upbringing. We can certainly imagine Camilla sniping at Kate because she doesn’t know when to shut up.

It must be interesting when the Royals are gathered around the dinner table for a holiday or special occasion and they all start laughing at Kate Middleton’s penchant for being long-winded.

No wonder Prince William often looks unbelievably bored when fulfilling a Royal responsibility with his wife – she just doesn’t know when to stop talking. After five years of marriage you would think Kate would have this Royal thing figured out, right?