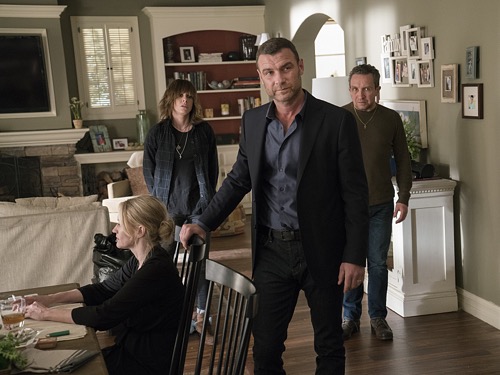 Ray Donovan spoilers for Season 4 Episode 3 “Little Bill Primm’s Big Green Horseshoe” indicate that Ray Donovan (Liev Schrieber) is in trouble again and his family is at risk too and it can all be traced back to the shady antics of Mickey Donovan (Jon Voight).

Plus, just as Ray is cleaning up the last mess that his father got them all into, Mickey is jumping neck deep into more criminal mischief that will likely come back to bite Ray. It’s Bridget Donovan’s (Kerris Dorsey) 18th birthday, but the family has to face a crisis instead of cake.

Remember last season, Mickey’s idiot antics with the Armenian mafia resulted in a shoot-out and then Mickey working unwillingly for Detective Muncie (Michael Hyatt). That all led to the Ivan Belikov (Pasha Lychnikoff) fiasco.

To get his dad out of Muncie’s hands, Ray had to hand over Belikov, because Ray knew that Mickey would roll over on him and his brothers if it came down to it – although Mickey insists he only rats out others, never his family.

The problem is, Belikov’s men saw Ray and Mickey leaving after Muncie turned up to get the planted evidence that Ray and Avi (Steven Bauer) left for her. Now Belikov’s men are on the hunt for retribution and Ray is their primary target.

Ray Donovan spoilers reveal that Belikov’s men will break into Ray’s house and he has to defend his family. Ray knows they’re not safe and has to get Bridget back into the fold and get everyone to a safe place while he sorts this all out. 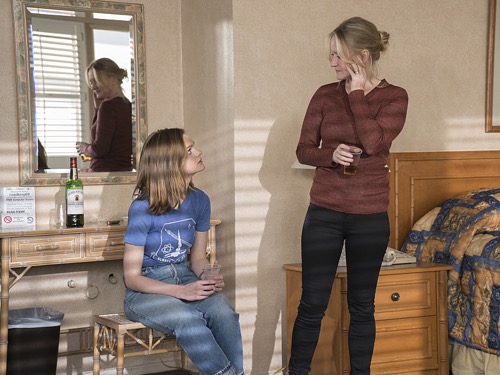 Abby Donovan (Paula Malcomson) should be in surgery, but instead, she’s in danger. The family lockdown will cause more problems for Teresa (Alyssa Diaz) and Bunchy Donovan (Dash Mihok) who are already struggling because of his sexual dysfunction and her pregnancy hormones.

Terry Donovan (Eddie Marsan) is ready to fight, but he’s in little shape to help. Daryll (Pooch Hall) is also hunkered down with the family ready to defend his loved ones. Abby will beg Ray to come clean to her, but he never does and also likely won’t this time.

Ray Donovan spoilers tease that a desperate Ray will go see Belikov in jail to ask him what he has to do to make things right and get his family out of danger. What will Belikov demand and is it a price that Ray can pay? 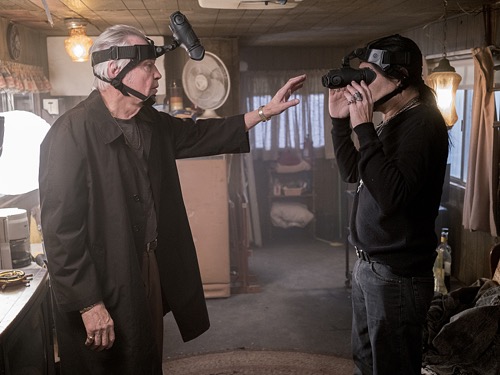 Meanwhile, Mickey and his pals plan a heist at Bill Primm’s (Ted Levine) casino. Mickey has his eye on the big green horseshoe full of millions in cash and concocts a plan involving night vision goggles, cutting the power, and other criminal hijinks. How will this go wrong?

Ray will confront Jacob Waller (Gabriel Mann from Revenge), the guy who hooked Ray up with art dealer Sonia Kovitzky (Embeth Davidtz) who wanted Ray to deal with Muncie on her behalf. Does Sonia factor into this deadly scenario?

Share your comments below on these Ray Donovan spoilers for Season 4 Episode 3 “Little Bill Primm’s Big Green Horseshoe” and be sure to check back with CDL for a LIVE recap of the episode on Sunday, July 10.