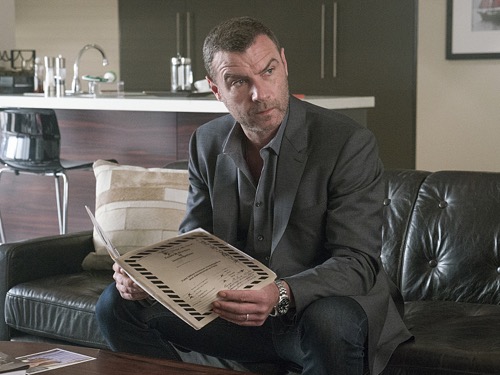 Ray visits Mickey in prison and lets his father know the Russians aren’t going to protect Mick anymore. Mickey wants answers from his son. “What did you do Ray?” At the end of episode 6 ‘Fish and Bird’ Ray murdered Ivan Belikov [Pasha D. Lynchikoff] that’s what Ray did.

With Mickey’s life in danger Ray turns to Ed, the former head of the FBI Los Angeles Division. Ed isn’t inclined to help until Ray comes up with a very large amount of cash. “Who is it you want to get out of prison,” Ed asks Ray who divulges that it’s Mickey. 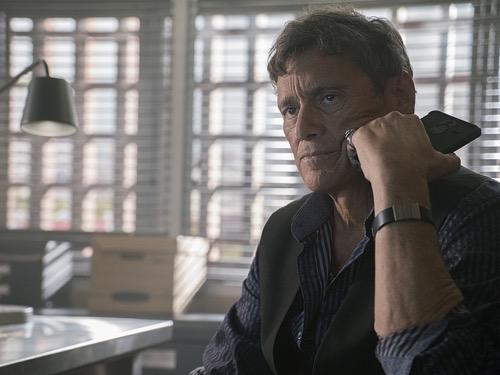 Avi [Steven Bauer] reminds Ray that Cochran cannot be trusted but Ray tells Avi, “I got this.” Does Ray really have control of the situation? Probably not, because Cochran will team up with someone who doesn’t warrant Ray Donovan’s trust either.

If Cochran pulls a double cross ‘Ray Donovan’ spoilers for season four episode 7 indicate that the best Ray may be able to do is to get Mickey to a safe place in the prison. Ray’s actions could be too late. Mickey can’t stay out of trouble and someone may want to murder the Donovan family patriarch.

Ezra Goodman [Elliott Gould] may be long dead but a scandal from the past may come back to haunt Ray and the Donovan family. ‘Ray Donovan’ spoilers indicate that Ray will resort to his old ways of dealing with “problems” including torture, with the help of Ed Cochran.

Bunchy will need all the help he can get. #DonovanDilemma pic.twitter.com/WiwVJaw3Kc

‘Ray Donovan’ episode 7 ‘Norman Saves the World’ brings viewers to the halfway point of season 4. Ray’s attempt at redemption has been thwarted, Abby [Paula Malcomson] the most challenging decision in her battle against breast cancer. Conor Donovan [Devon Bagby] has stepped over the line and is following in his father’s footsteps. ‘Norman Saves the World’ promises to be one of the most explosive of season 4.