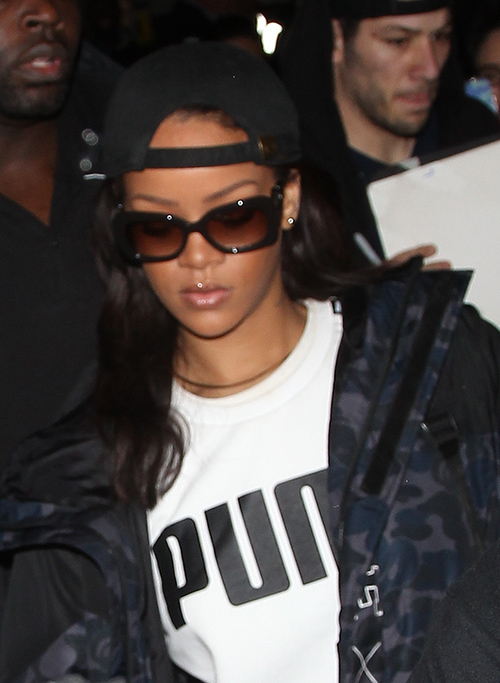 Rihanna’s Anti Tour was postponed days after her 2016 Grammy Awards fiasco. Production delays are blamed, but what’s really happening behind the scenes? Rihanna is a superstar, an immensely popular personality in the music industry, so is there any logic that ‘production delays’ could be so insurmountable that the star’s team could not have these rectified in time?

Riri postponed the start of the tour which was to be launched February 26 at the Viejas Arena in San Diego. Instead, it has been pushed back to March 12 at Jacksonville Arena, Florida. Fans will be utterly disappointed to hear that all of the dates slated for Atlanta, San Jose, Texas, New Orleans and Phoenix have been rescheduled for May. At the same time, this is not the height of it all. The Mirror has reported that Rihanna has cancelled June 2016 tours for the UK, which were scheduled for the Stadium of Light in Sunderland for Cardiff’s Principality Stadium in June 2016.

TMZ reports that Rihanna was screaming and shouting hysterically at the Grammys held Monday, February 15. During her rehearsals, she continually expressed loud dissatisfaction with the pre-show practice. Everyone was baffled, as she sounded fine in the rehearsals. Is it that she had an emotional meltdown at The Grammys? A Rihanna representative told TMZ that the singer had been prescribed antibiotics, but when these failed to help her, doctors recommended she be placed on vocal rest.

What is funny about this statement is that two days before the Grammys, Rihanna performed flawlessly at a charity event in honour of Lionel Richie, as reported by the New York Daily News. Interestingly, Rihanna was not billed for the show and came on as a complete surprise to pay tribute to Lionel Richie. She performed a rendition of his 1986 piece “Say You Say Me.” She delivered in fine style. So did Rihanna actually have a meltdown or were simple medical issues to blame as are being reported.

‘Anti’ is Rihanna’s first solo world tour since 2013. In 2014, she had toured with Eminem for a few stadium appearances. Rihanna and Eminem co-headlined on the “Monster Tour” in 2014 where they performed hits such as “Love the Way You Lie.”