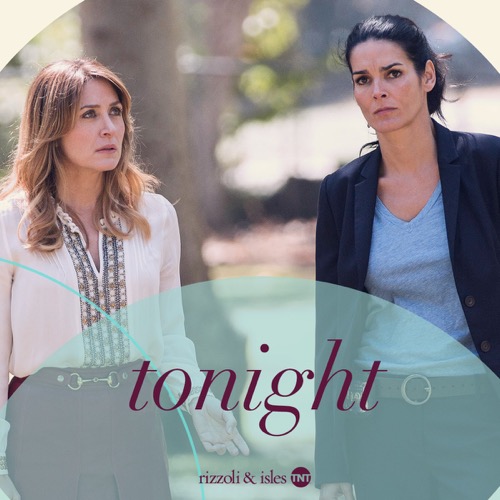 On the last episode, a double murder at a hospital was probed by Jane and Maura, who had to resolve an old ghost story in order to crack the case. Did you watch the last episode? If you missed it, we have a full and detailed Rizzoli & Isles recap right here for you.

On tonight’s episode per the TNT Synopsis, “a bicyclist’s bizarre death is investigated, pitting Jane and Maura against a science-savvy killer. Also, Jane is invited to teach a class of FBI recruits.”

The police were called in on a spontaneous combustion of all things. Their victim had apparently been riding his bike down the middle of the road when he had gotten a little too close to one car and just exploded. However, the odd thing about the death of an unidentifiable male was the fact that no one could explain what caused the explosion. There were several witnessed on the street that day and they all reported that the young man exploded all on his own. And even stranger was the fact that there weren’t any signs of a bomb around.

So Frankie was truly excited about this case on tonight’s episode of “Rizzoli & Isles” because he genuinely wanted to believe that the victim truly did self-combust. Yet, Maura had to be the Debbie Downer on this own because Jane was out of town and so it had been Maura that told Frankie that there had to be a reasonable explanation for what happened. She thought that the explosion must have been caused by something the bomb squad couldn’t pick up on so she had tried to do her part and at least identify the victim. And, well, there was a problem with the DNA analysis that she had ordered.

Maura had thought a simple DNA analysis would be all that she needed to check if the victim was in the system yet the test ended up being inconclusive. Kent had done as Maura asked and he had also done the job with the same proficiency that she would have. But unfortunately, for him it was just his luck that the test came back and showed that the DNA sample had been scrambled with at least five different people. So that had stumped Maura and initially, she hadn’t known what her next step was supposed to be although Nina and Frankie had helped her by trying to five all five DNA in codex.

Nina had thought that there was a chance that one of them would be in the system and it turns out she was right. She had known criminal David Yao and he was quite active in gang life. However, things didn’t quite add up for the police because they were later able to identify the victim and he didn’t quite seem like a gang member. The young man that died had been in and out of rehab until eventually his family decided to give up on him and threw him out. So the police hadn’t figured out why someone that was supposedly living in squalor was contacted to a guy like David until they saw the victim’s place.

The “victim” had expensive stuff out in the front and meth lab in the back. So that pretty much explained why the victim whose real name proved to be Robert Hall was working with gang members and why someone wanted to kill him. But the DNA thing was still hard to explain so Maura and Kent ran several little experiments down in the basement and what they found out was that someone had used fast as in people’s excess fat to create enough glycerin to kill their intended target. And naturally, the chief suspect was the plastic surgeon that had turned big David Yao into a much smaller David Yao.

The detective assumed that because she was willing to work with shadier characters that she might have known the victim as well. So they had brought her in and had questioned her about what she did with the fat she removed from her patients. However, the plastic surgeon denied all knowledge of Robert’s meth business and she explicitly said that none of her clients have asked for their fat. And because Korsak didn’t believe the doctor, he and Frankie later watched her office and saw her that night going out to her dumpster albeit not for the reasons they had originally assumed.

Korsak and Frankie had thought that the doctor was going to try and throw something away however the truth was she was getting something out of the trash. The doctor later admitted that she wasn’t disposing of the human waste as medical guidelines dictated so odds are that anyone could have found out what she was up to and just collected the fat after she had closed for the night. So Nina had checked that out and she had seen someone on the security cameras that had stopped by the medical clinic and that they had purposely walked towards the dumpsters. Where they most likely got the fat.

But Nina couldn’t get a good angle on the fat thief. So all she knew was the make of the killer’s car and the rest was something the guys had to learn on their own though to be fair they didn’t too bad. They later met someone that just happens to have noticed everything that occurs on that block because she’s clocking cars all day. And so the detectives were able to get a license plate that led back to another woman that just so happens to have a bit of shared history with the victim. Leah as it turns out had been in the same rehab as Robert and she also had a degree in chemistry.

So it was probably Leah that cooked up the meth as well as make the “fat bomb” and something must have happened to her partnership that made her turn against him. Either he got greedy and wanted to strike out on his own or she was the one that felt she didn’t need him, but she would only have killed him if and risked exposing his end of the business if she had no other choice. And so when the police found her own lab, everything just came together and made sense.

Jane’s past few days on the other hand was a little more difficult. Jane had gone to Quantico in order to teach a class and she had come across a recruit that just rubbed her the wrong way. He had dismissed her as a person and her purposely dropped his pen just to see if she would pick up. So what Jane did was expose his misogynistic ways and that ended up getting him booted out of Quantico because the FBI have a stern policy about that kind of behavior. And also didn’t want to open themselves up to lawsuits.