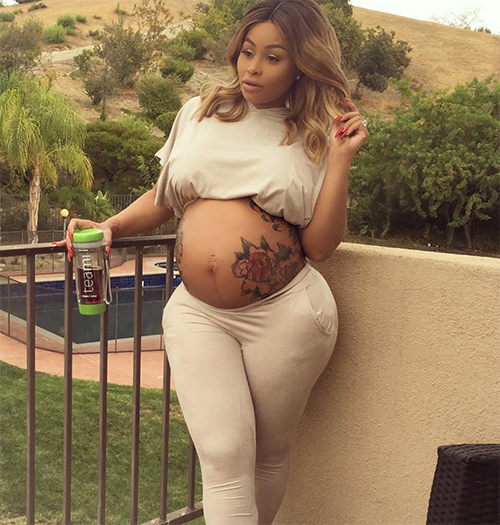 Rob & Chyna, E!’s latest Kardashian installment, has taken the reality television world by storm. The show’s narrative weaves in and out of Rob Kardashian and Blac Chyna’s riddled relationship, with several episodes focusing mainly on Rob Kardashian’s lack of being and complete apathy towards everyone and everything. Blac Chyna spices up the mis-en-scenes with her vivacious personality and her gauche penchant for fame. The show works on so many different levels.

Each scene is crosscut with B-roll footage of Los Angeles, showing a world that is plain on the outside, yet magnificently kitsch on the inside. Chyna’s house, where all the action happens, is always filled with her entourage, while the poor Rob and his self-loathing attitude gets nothing more than Scott Disick on a power trip.

What makes us watch shows like these? Why is Rob & Chyna such a success for E! Entertainment? The answer is simple – Rob & Chyna takes an insider look at two polar opposites. On the one hand you have Rob Kardashian, the ostracised brother of the Kardashian sisters. On the other hand you have a Kardashian ex-BFF, Chyna, who not only fights her way into our hearts, but also brings with her a post-modern class system that leaves us gasping for air.

The episode where she took Rob back to Washington DC was more of a trip down memory lane than anything else. For the first time, viewers could see into Blac Chyna’s past. We could make connections between her then and now, which drew us closer to her personality, and yes, I’ll admit it, even made me like her in a weird way.

The show sells. Chyna’s oops pregnancy and Rob’s inability to act like a grown up merges into a ball of chaos, sending Chyna into fits of rage and covering Rob in a blanket of naivety. Strangely enough, although the show was touted with Blac Chyna throwing flowers in the pool, the show is less confrontational than first imagined. The two peas in the crazy pod certainly have their moments of madness, but they’re so few and far between that one could barely classify it as a confrontational (read: dramatic) reality show.

The narrative is simplistic and straightforward. The fact that the Kardashians feature so heavily in the show makes it a voyeuristic foray into the world of the Kardashians. One can view them from a bird’s eye and not get as involved in their shenanigans. This is a fresh breath of winter air, because who wants to watch another Kardashian show about Kardashians being Kardashians? Rob isn’t one of them. He’s different. As is Blac Chyna. They fit, very loosely, into a Kardashian cube. And this, ladies and gentlemen, is what makes for great television. People, especially vital audience numbers, root for the underdogs. And Rob & Chyna is the quintessential underdog show.

What do you think? Have you been watching Rob & Chyna? Do you like the show? Let us know your valuable thoughts in the comments below.

Drinking @teamiblends Skinny tea, as it gives me great energy plus it’s perfectly safe while pregnant! Can’t wait to do the @teamiblends detox after I give birth to my lil girl 👶🏽 Its the only tea I swear by to help me look my best! I have their tumblers in green, pink and purple 💚💗💜use my code “CHYNA” to get a discount when you place your order! #thankyouteami #momapproved 💕36 weeks pregnant 4 weeks to go 💕