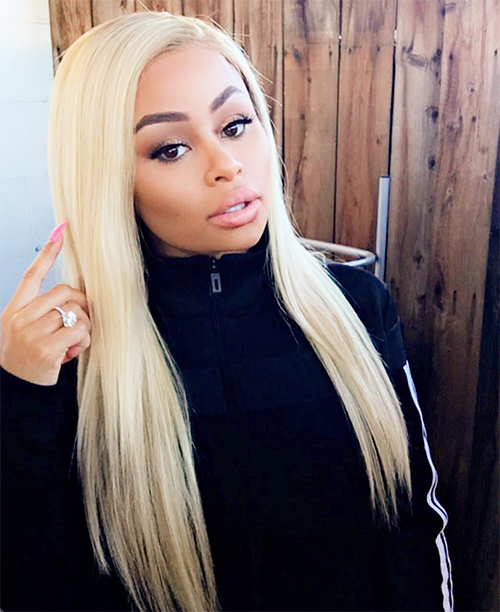 Things aren’t looking so good for Rob Kardashian and Blac Chyna right now. In fact, the couple might be headed towards a nasty break up as the ‘Keeping Up With The Kardashians’ star has deleted all traces of Blac Chyna from his Instagram account.

Yet, close friends say that their relationship is so volatile that anything can happen at anytime. One source even said, “They filmed over the weekend and had an argument. Rob tends to blow up and react very fast. They have rushed their relationship so much.”

To say that they rushed their relationship is definitely an understatement. Rob Kardashian and Blac Chyna barely even knew each other before they started making marriage plans. But now that they are going to raise a child of their own, there’s no doubt that impending parenthood is hitting them fast, especially for Rob Kardashian who is probably not as prepared as Blac Chyna is. The social media model already has one child, 3-year-old King Cairo, with her ex-Tyga, who also happens to be Kylie Jenner’s on-again, off-again boyfriend.

Plus, it sure hasn’t helped that Rob’s family, which includes his mother Kris Jenner and his sister Kim Kardashian, have been very quiet about this pregnancy. In fact, there are even reports that say the Kardashians hate the fact that Blac Chyna is carrying a baby that will have their father’s namesake, and worse, eventually marry their brother.

Blac Chyna is in such a hurry to tie the knot and change her legal name that she’s already had the name ‘Angela Kardashian’ trademarked for future advertising and promotional purposes.

They won’t have access to the one grandchild with the Kardashian last name if Blac Chyna ends up having her way. Stay tuned to CDL for any updates on Rob Kardashian and Blac Chyna’s pregnancy and break up!