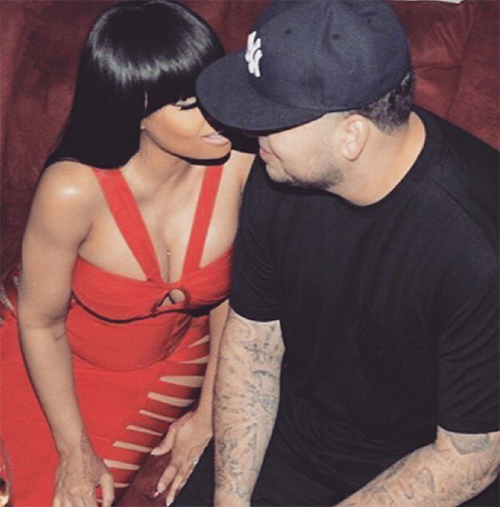 To call the romance between Rob Kardashian and Blac Chyna a whirlwind would be putting it mildly. The Kardashians and Jenners alike have been very vocal about their thoughts on their brother’s lady love and their love story. Since January of this year, it’s cycloned; from dating to living together to getting pregnant and then engaged.

At this rate, talking of having yet another baby when their first is still in the womb is probably going to skyrocket their celeb status. And maybe that’s what they want. After all, Rob is a produce of Kris Jenner.

Hollywood Life revealed that the couple wants to have an even larger family than the one Rob grew up in. The source said: “Should everything go well with Rob and Blac’s first pregnancy, they’re heading down the aisle and back to the bedroom to get it cracking. Rob wants more children. He wants to have at least as many children, if not more, than his late father.”

This is all moving much too fast. Why is it that love strikes some celebs like lightning? Because lightning means money. And money means new shows and specials and ratings for the network lucky enough to snatch them up. Luckily, E! has already confirmed it will air a series focused on Rob Kardashian and Blac Chyna’s pregnancy and relationship with her man this summer.

If that does well, then you can bet they’ll try to get a reality special or show centered on their wedding. And since there’s drama around pregnancy, babies, and all things parenthood, they could build their series, having a new show every time Blac Chyna gets pregnant.

If he wants to create his own baby-making franchise, Rob Kardashian should reach out to Jim Bob Duggar, the father of the 19 kids of 19 Kids and Counting and ask for his advice. On what? Family life? Fatherhood? Stamina?

All of these potential reality shows not only mean money for Rob Kardashian and Blac Chyna, but according to the source, having a larger family than he had as a kid will allow Rob to shower King and all the children he’ll have with Blac Chyna with love – and he’ll receive their love in return.

According to the source, Black Chyna is totally in: “She and Rob are so much in love and on the same page when it comes to just about anything.”