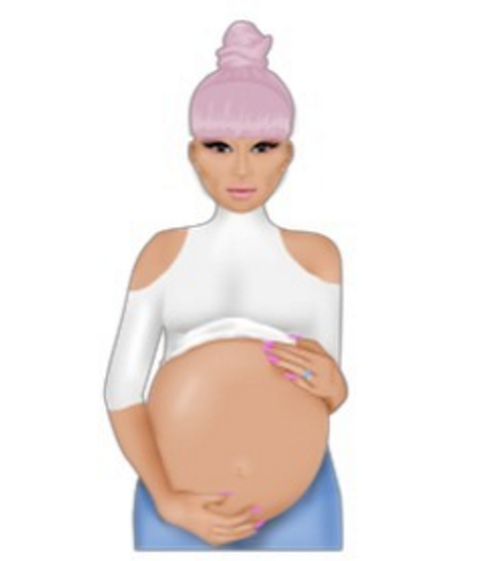 Blac Chyna and Rob Kardashian pregnancy reports have been floating around for weeks now. It all started last month when Rob posted a baby bottle emoji in a caption of a photo of his sleeping fiancé. Then, the rumors picked up steam when Chyna was spotted clubbing with Rob, and avoiding all alcohol (which is an obvious sign if you know how hard Chyna likes to party).

Just last week, photos surfaced of the future Mrs. Angela Kardashian with what appeared to be a baby bump.

Blac Chyna and Rob Kardashian announced their pregnancy on Instagram on Friday, May 6 – in a very clever and modern fashion. Both Blac and Rob posted photos of a an emoji of Blac Chyna, with a ginormous baby bump. Neither Blac nor Rob captioned their photos, they were pretty self-explanatory.

Are they his step-Aunt and Uncle? Is Chyna’s first son King his half-brother or cousin? What a mess!

Are you excited to watch the Kardashian family spontaneously combust over Blac Chyna’s pregnancy news? Let us know what you think in the comments below!

Blac Chyna, is spotted out and about in Los Angeles, California on May 6, 2016. She just announced that she’s pregnant with fiance, Rob Kardashian’s, baby