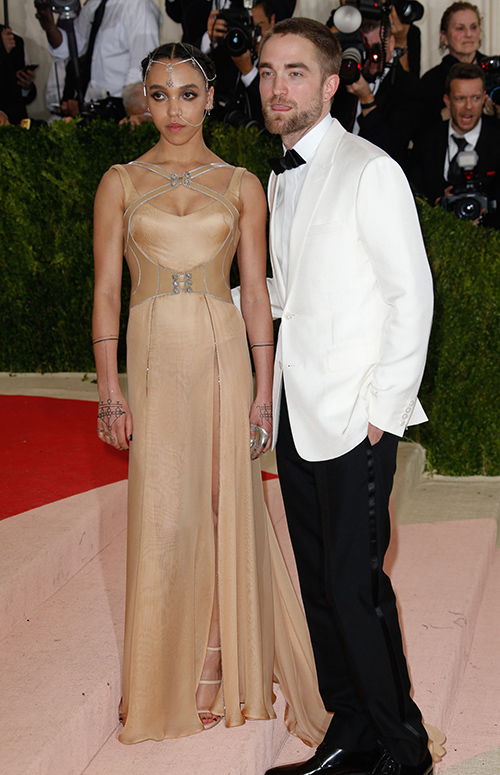 Did Robert Pattinson and FKA Twigs set a wedding date? The Twilight star and his fiancée are giving Justin Theroux and Jennifer Aniston a run for their money in the longest Hollywood engagement ever department. But, just when it seemed like Twigs and Pattinson were never going to set a date and actually get married, a UK paper is reporting that the couple finally sent out “Save The Date” cards.

According to “Metro,” Robert Pattinson and FKA Twigs sent out letters to their close friends and families telling them that their wedding would be held in December 2016. However, Twigs is still supposedly on the fence about themes, and the size of the shindig. An insider dished to Metro, “She talks about keeping it real and low-key and then wants an elaborate glamorous Baroque affair. She was even talking at one stage about having a masked ball.”

Just a few weeks ago, Robert had supposedly split with FKA Twigs – and the Twilight hunk had been spotted canoodling with a mystery woman, and putting on a PDA-packed show according to various outlets. So, it is possible that Rob and Twigs decided haphazardly on a wedding date to save what was left of their relationship. For some odd reason, every couple seems to think that getting married will solve all of their problems and magically make their issues disappear. Or, it could be possible that Metro’s inside source was mistaken about the Save The Date letters.

Honestly, we don’t see a Twigs and Robert Pattinson wedding happening in 2016. The troubled couple is hardly ever in the same place at the same time. And, if they did set a wedding date, they will probably break up again two or three times between now and December. What do you guys think? Will Rob and Twigs be Mr. And Mrs. Pattinson by 2017? Share your thoughts in the comments below!