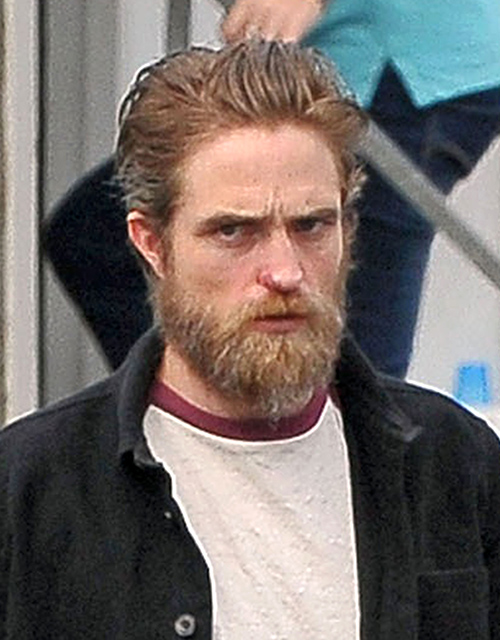 Is Robert Pattinson cheating on FKA Twigs? It’s no secret that there is trouble in paradise for Twilight hunk Robert Pattinson and his fiancée, FKA Twigs. The couple announced they were engaged to be married over a year ago – and still have not made any wedding plans or even set an official date. That is never a good sign. Hot on the trails of more break-up reports comes news that R-Patz is cheating on Twigs with a mystery woman.

Robert Pattinson and FKA Twigs break-up rumors have been gaining a lot of momentum as of recently. It’s no secret that Twigs and Rob hardly ever see each other. And, general consensus on the internet is that Twig’s engagement to Pattinson is more about boosting her career than marrying the man of her dreams. Plus, Twigs’ free spirit and hints at an open relationship on social media have wreaked havoc on their relationship.

It looks like Robert Pattinson may have finally grown tired of Twigs’ games – and is spending time with other women. According to an all new report from OK! Magazine, Robert was recently spotted at a party in Beverly Hills all over a woman – and it was not his fiancée!

An eyewitness dished to OK! Magazine, “She made the first move, but Rob didn’t hesitate to reciprocate. She kissed him on the cheek, and his arm was around her.” The insider goes on to tell the magazine, “It’s like he’s acting out. It seems like it’s a matter of time before they split.” That is, if they haven’t already.

At this point, it would be a miracle if FKA Twigs and Robert Pattinson ever make it down the aisle. All signs are pointing to a messy break-up in the near future. What do you guys think? Is Rob cheating on Twigs, or is it possible they are already broken up? Let us know what you think in the comments below!