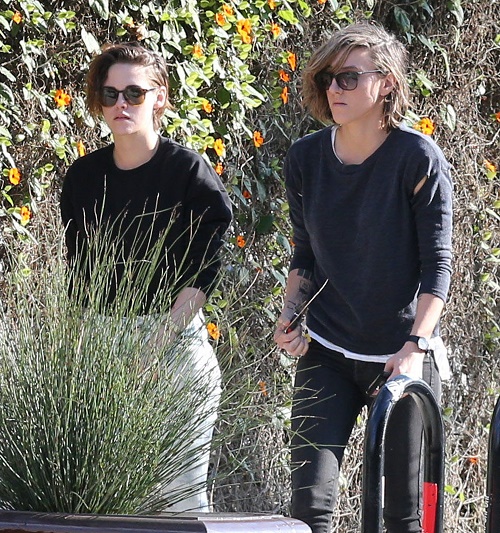 Robert Pattinson and FKA Twigs are still dating, despite many Twi-hard predictions expecting them to break up by this point. It’s been a few months, and it doesn’t look like they’re getting anywhere near breaking up – sorry Twi-hards. However, there is one facet of their relationship that always made me curious – their PDA. Now, when Rob was dating Kristen Stewart, he went out of his way to never get photographed with her, apart from media events and Twilight premieres. But now? Well, he and FKA Twigs might as well start their own paparazzi outlet, considering how much they get photographed indulging in public displays of affection.

Now, we’ve always said that FKA is using Rob for publicity, but Rob isn’t stupid – this whole thing was clearly part convenience, part showmance, all in an effort to aid both of them with their careers. It helped Rob shed Kristen’s shadow and the Twilight burden, and it helped FKA Twigs become a household name – well, a household name in every Twi-hard house. But we’re hearing that there might have also been one other reason for the excessive PDA – to stick it in Kristen Stewart’s face.

Of course, I don’t think that either Robert Pattinson or FKA Twigs would be as blatant or unkind to rub their relationship in Kristen’s face out of pure glee, but Kristen DID cheat on Rob. It’s not something you can forget that easily, and I’m sure a part of Rob always wanted to make Kristen jealous with his new relationship. Granted, Kristen is now dating Alicia Cargile and almost matching him with the PDA, so really, they’re equally matched now. But still, it was a good effort, no?

What do you guys think? Were Rob and FKA trying to make Kristen jealous with their constant PDA? Let us know your thoughts in the comments below.