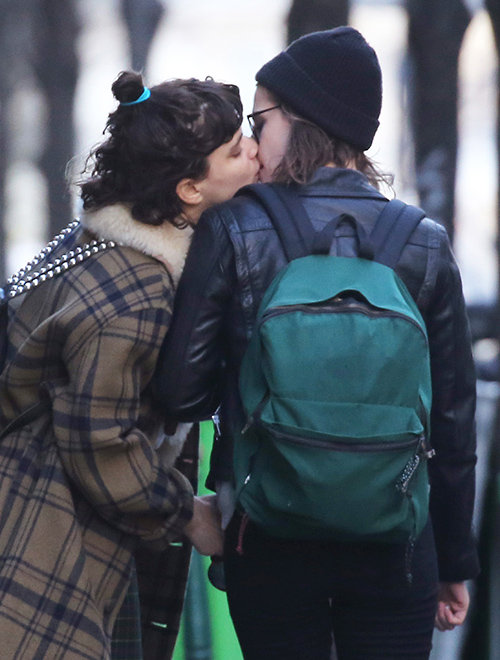 Kristen Stewart has reportedly found a new love in France! And it’s none other than French singer SoKo. Following their breakup in 2012, Robert Pattinson and Kristen Stewart have been constantly linked to each other, despite their best efforts to move on. While their split spawned tons of talk regarding their respective love lives, it also paved the way for the ex-couple to find new romances.

Speaking of love life, there have been several reports claiming that Robert Pattinson has been quite busy for the preparations of his upcoming European wedding to British songstress FKA Twigs. Hollywood Life even revealed that Pattinson’s fiancée has given him an “ultimatum” to get married this year or she will ditch him.

In addition, FKA Twigs has also been “jealous” and “insecure” of the 29-year-old “Remember Me” actor’s ex-girlfriend Kristen Stewart. That’s why the “Two Weeks” hitmaker is really pushing the wedding to happen this year.

Stewart, on the other hand, seemed to have found a new love in France. In fact, she was welcomed by her rumored new girlfriend SoKo with a bunch of roses at Charles de Gaulle airport on Sunday, Daily Mail noted.

The following day, KStew’s 30-year-old rumored girlfriend accompanied her as they enjoyed the sights and sounds of Paris. And, according to Us Weekly, the couple was seen in the City of Lights on Monday, Mar. 14, as they explored the beauty of the romantic city while walking hand in hand.

Kristen Stewart and SoKo, whose real name is Stéphanie Sokolinski, have neither denied nor confirmed the relationship yet. But their actions seemed to have hinted that they were more than friends.

Meanwhile, SoKo is not KStew’s first girlfriend. The 25-year-old “Twilight” star was previously linked to Alicia Cargile. And though Stewart’s sexuality raised some eyebrows, the “Clouds of Sils Maria” actress stressed that she’s not hiding, though she also does not believe in labelling her sexuality.

“Google me, I’m not hiding,” Stewart said in her interview with Nylon. “I think in three or four years, there are going to be a whole lot more people who don’t think it’s necessary to figure out if you’re gay or straight. It’s like, just do your thing. If you feel like you really want to define yourself, and you have the ability to articulate those parameters and that in itself defines you, then do it.”

Do you think Kristen Stewart has ditched Robert Pattinson for good? Or has KStew find “the one” in SoKo?

Actress Kristen Stewart stops to share a kiss with her new girlfriend Soko (Stephanie Sokolinski) while out and about in Paris, France on March 15, 2016. The new couple looked happy while holding hands and sharing laughs during their romantic stroll through Paris.