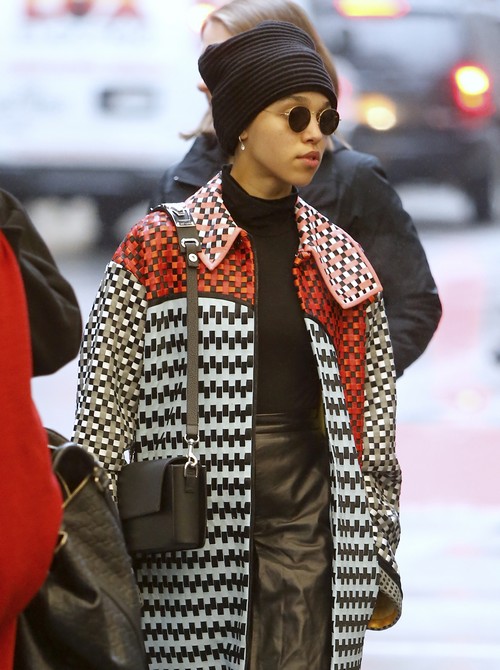 Robert Pattinson refuses to marry FKA Twigs unless Kristen Stewart is invited to wedding? Reports had surfaced earlier in February 2016 that Twigs had issued Pattinson with an ultimatum of setting a date to get married within the year or face the strong possibility of her leaving their relationship.

On the heels of Twigs demands, Pattinson himself believes it’s time his fiancé lightens up on her bouts of jealousy and accept that Kristen Stewart will forever remain an important part of his life. Is inviting his ex-love KStew the ultimate sign by Twigs that she has complete and utter trust in her soon to be husband? Can she really find it in herself to invite the Twilight franchise darling?

It is really surprising that after a year’s engagement there was still no wedding date for the super hunk and his fiancé FKA Twigs. So with Twigs ultimatum it is clear she is ready to become Robert Pattinson’s main lady.

She is through waiting on him and hopes marriage will dull his interest in his ex-girlfriend. Sources close to the couple told Hollywood Life that Twigs is so ready for her bells to toll that even a small registry wedding with the only guests being close family and friends would be enough for the singer.

Now with news of Pattinson’s own ultimatum that Kristen Stewart be on the guest list before he goes on with marrying Twigs, one must assume there will be even further delays in the nuptials. Inviting her fiancé’s ex-lover to her wedding will clearly be a difficult decision for Twigs to make.

According to Hollywood Life, Twigs went ballistic back in January 2016 when she was reminded of the closeness Pattinson share with his ex KStew. FKA Twigs went in a rage when Pattinson expressed his wish to support Kristen Stewart at an event to promote her new movie Clouds of Sils Maria.

How long can Twigs expect to be so jealous and insecure of Rob and his Twilight ex-girlfriend – can you marry someone you don’t trust?

As it is, Pattinson and KStew have not seen each other in at least a year because of his fiancé’s unresolved issues of trust. Are they really at the point of getting married with the green monster of envy so blatantly in their lives?

Is Robert Pattinson giving his own ultimatum, his way to ensure Twigs shows she trusts him enough to have KStew around to share their special day? The truth is, what is the point of a marriage that has no trust in its foundation? It ultimately makes no sense.

So will FKA Twigs finally throw away her insecurities and allow her man’s former love to attend the wedding?

FKA Twigs is seen arriving at NBC studios to appear on ‘Tonight Show’ in New York City, New York on February 24, 2016 by FameFlynet