Robert Pattinson Forced to Marry FKA Twigs to Save Relationship? 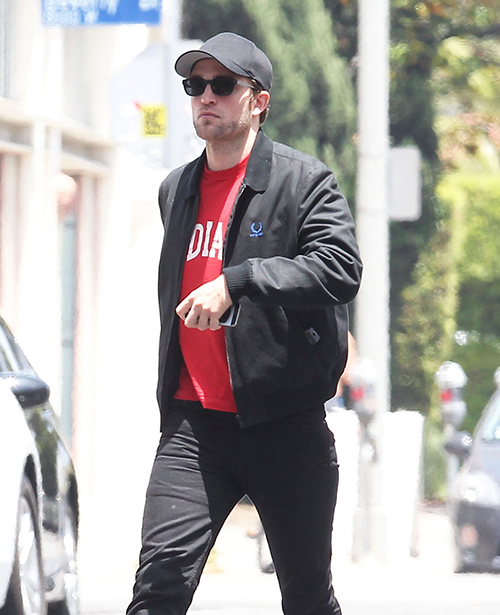 The source revealed, “Twigs has told Rob this year they have to get married. She’s fed up of waiting, and she wants something small, quiet and private, so it doesn’t need any elaborate plans.” They continued, “It may even be a registry wedding, in front of a handful of friends and family in the UK. She’s told him she would like to do something in the summer, but has warned him she doesn’t want this dragging on.” They concluded, “Either they get married, or they move on, it’s that simple.”

Well, that’s an ultimatum if I’ve ever heard one. Robert Pattinson hasn’t pulled the trigger on an actual wedding date with FKA Twigs. Why is that? Has he begun to realize that she really is just using him to boost her career? How has it taken him this long to figure that out…or has he? Another thought, why would Twigs want a small, UK wedding? She is an opportunist! Could it be to keep the likes of Kristen Stewart far from her wedding day nuptials? Is Twigs so insecure that she fears Kristen Stewart could actually come between Robert Pattinson and her on their wedding day?

Perhaps Robert Pattinson needs to grow a pair. Either marry FKA Twigs so she can continue her attempt at taking the spotlight from him, or dump her already! Is anyone out there the least bit into their relationship, in a positive way? Robert Pattinson fans seem to want to see him with a nice girl. Someone that compliments him. FKA Twigs is a detriment to Robert on every level. Could he really be blinded by love for her not to see that?

If you could pick out a better match for Robert Pattinson, who would you choose and why? Share your pick in the comments be and be sure to check back here at CDL for all the latest news on Robert Pattinson and FKA Twigs.