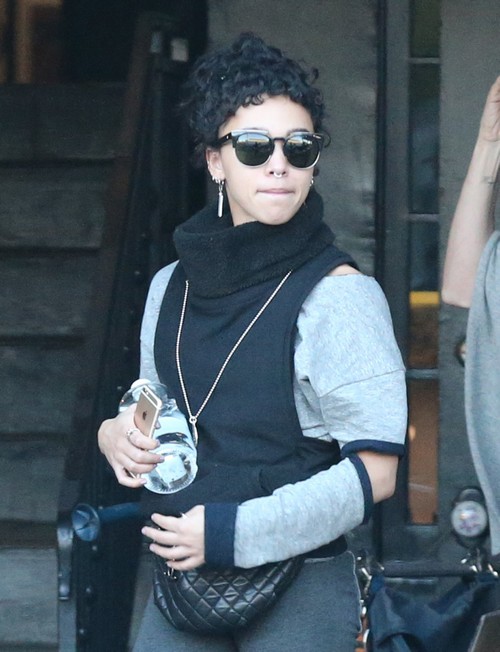 Did Robert Pattinson and his girlfriend, FKA Twigs go public with explicit conversation in Los Angeles? Is FKA Twigs willing to do anything for attention? If we haven’t learned by now, that FKA Twigs will stop at nothing to gain attention, of any kind, then we are fools.

Robert Pattinson and his girlfriend, FKA Twigs were reported having a conversation that should have taken place behind closed doors, in the privacy of their own home, according to a new report from Star.

The magazine had a fly on the wall, so to speak at a Los Angeles nail salon where FKA Twigs was a client. During her visit, she had a phone call with Robert Pattinson, the source revealed, “Evidently, Rob must have just flown in because she started talking about how much she had missed him, and all the things she couldn’t wait to do to him once she got home.”

And apparently, “FKA Twigs certainly wasn’t whispering when she went on and on about how satisfied Rob kept her. She didn’t care who was listening.” That sounds like FKA Twigs alright.

So what gives? What does Robert Pattinson see in this opportunist anyhow? Am I the only one who is completely nauseated by FKA Twigs? Can’t they just breakup already? And please, make it a permanent split! We can hope, right?

In the November 2015 issue of Paper, FKA Twigs talking about being “traditional”,

“I’m quite traditional. You know that saying, ‘You can take the girl out of the country but you can’t take the country out of the girl’? I grew up in Gloucestershire, and there’s a certain format that people fit into. I’m actually quite happy with the format. I’m quite happy to say, ‘Go to school, work hard on your GCSEs, do your A-Levels, get married, have children. Send your kids to a nice school. Make sure you’re in the right catchment area.’”

What do you have to say about all this CDL readers? Will FKA Twigs ever go away? Or are we in for a long series of Robert Pattinson and FKA Twigs tales? Sound off in the comments below!