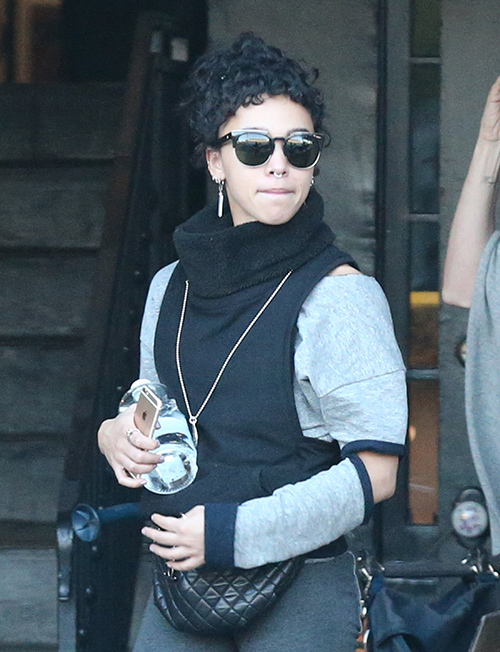 Apparently, Twigs decided to go through Pattinson’s phone after recent reports that her fiance was really missing his Twilight co-star. CDL reported that Robert might be having second thoughts about marrying FKA Twigs based on the recent pushback of their wedding date. There were also reports that Robert Pattinson’s friends were urging the actor to dump Twigs and reconcile with Kristen Stewart.

Well, it didn’t take long for FKA to start worrying about whether or not the stories were true. A source told Ok! magazine that Twigs saw a recent phone call between Robert and Kristen in his call history. When a furious Twigs confronted Pattinson about it, he played it off as no big deal.

“She confronted him about it straight away and he insisted it was just a good-will congratulations call about Kristen being in the Oscar race this year,” claimed the Ok! source. “[FKA twigs] is not happy at all about this and isn’t really satisfied with his explanation.”

If Robert really wants to rekindle anything with Kristen, now is a good time to bail out. Twigs is pretty angry at Robert for even speaking to Kristen. Is there any reason Robert could be talking to Kristen and FKA Twigs would be okay with it? If there was, Pattinson certainly wasn’t wise to keep the conversation a secret from his fiancee. Now there is major trouble in paradise and some fans are wondering if the postponed wedding will even happen at all.

Sneaking around to call Kristen could be the undoing of Pattinson’s relationship with FKA. It’s bad enough that the British singer has been fighting to have a relationship with Rob since his on and off-screen love affair with Kristen. Not to mention all the Twilight fans who hate her because they want to see Rob and Kristen get back together.

Could anyone really blame FKA Twigs if she just gave up on the whole relationship and sent Rob back to Kristen?