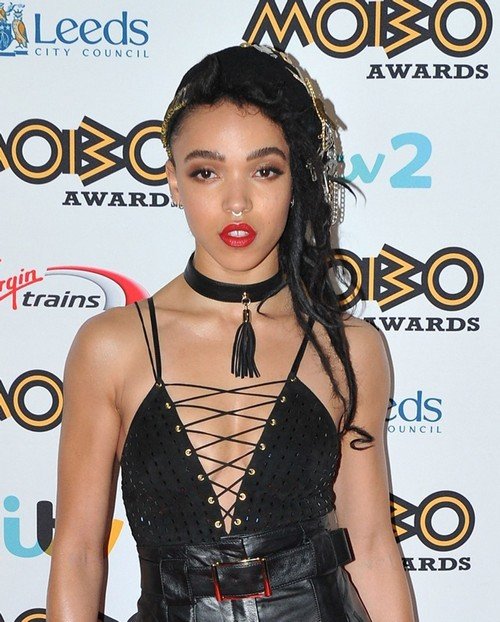 FKA Twigs may get a Christmas wedding if fiancé Robert Pattinson’s family has anything to say about. Allegedly Pattinson’s loved ones fear the actor will reunite with former flame Kristen Stewart and are demanding Rob and FKA exchange vows over the holidays.

It’s never been much of a secret that Twigs and Rob’s wedding plans have been off-again-on-again for months. Rob’s family doesn’t want Pattinson’s “Twilight” co-star Kristen to have any opportunity to get a foot back in the door and rekindle a romance with Robert.

A source told OK! that the Pattison clan thinks FKA is good for Robert and cannot wait for the actor to slip a wedding band on Twig’s finger. His friends, however, think the singer is a gold digger and are completely against Robert marrying FKA.

Who will win this battle? FKA Twigs was basically a nobody before hooking up with Robert Pattinson. FKA has been invited to many an A-list event including front row seats to the Versace fashion show at London Fashion Week.

Twigs sat right next to Donatella Versace at the event. When friends say FKA is a gold digger, they may be right. But Robert’s family doesn’t see it that way. What the Pattinsons see is a guy who has taken on new interests – including music.

An insider revealed that the family thinks Robert has become “a much better person than he was with Kristen Stewart” and that FKA has “opened up this whole creative outlet for him.” As for a reunion with ex-fiancé Kristen – that’s doubtful.

Stewart cheated on Pattison with “Snow White and the Huntsman” director Rupert Sanders. Even though Kristen issued a public apology to Rob, the actor probably couldn’t trust Stewart with his heart ever again.

And Kristen is allegedly very happily dating “Equals” co-star Nicholas Hoult. This past summer Stewart was also linked romantically to her personal assistant Alicia Cargile. A Pattison-Stewart is highly unlikely.

Will Robert Pattinson and FKA Twigs exchange vows for Christmas? Who’s right – Rob’s family or friends? Is Twigs good for the actor or is the singer a gold digger? Do you think Robert’s loved ones are justified in thinking Kristen Stewart may come begging for a reunion with Pattinson?