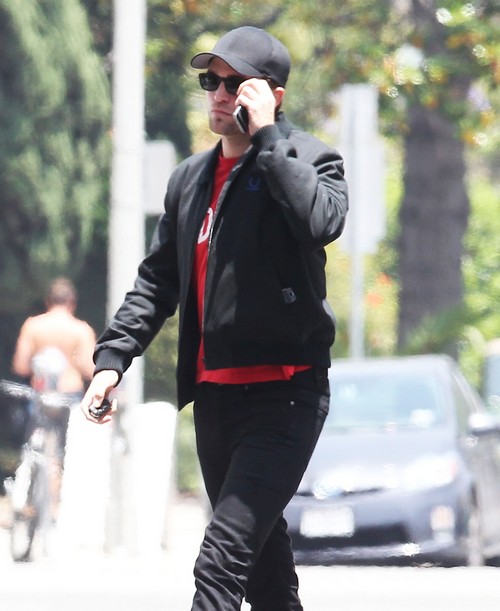 FKA Twigs and Robert Pattinson have called off their engagement. A lengthy silence following a recent fight reportedly broke the couple up. Twihards are clamoring for details about the explosive phone call that ended it all and we hear that Pattinson’s parents aren’t too sad to hear the break up news.

According to the Rpatz breakup report, the formerly happy couple have been on the outs for almost a month. It looks like the cold shoulder evolved into a cancelled wedding for FKA Twigs and Robert Pattinson.

“FKA called Rob on his first day of filming to tell him that she couldn’t visit because of her busy schedule,” said a Life & Style source. Rob let his fiance know that he was unhappy that she wouldn’t be visiting. That’s when FKA Twigs allegedly “lost her temper,then yelled at him to stop complaining and hung up on him.”

It’s unclear just what kept Twigs away from her man. the “Water Me” singer is not currently on tour. It seems that the British singer could find some time in her schedule for a trip to Colombia where Robert Pattinson is filming “Lost City of Z.”

Apparently Rob’s family isn’t too broken up about the breakup. Life & Style also reported that Pattinson’s parents don’t think FKA Twigs is the right woman for Rob. That is in direct contrast to all the outings where they have been spotted together, even without Robert Pattinson around.

It’s still not clear if Rob and FKA are completely broken up or if the engagement has just been ended. “Lost City of Z” is still filming and there hasn’t been an RPatz and FKA sighting in some time. It’s possible that the two could work things out but there seems to be something going on if Twigs doesn’t even want to come visit.

There have also been whispers that Robert Pattinson and Kristen Stewart may be teaming up for a future movie project. Nothing has been made official yet but you can almost hear the Twihards squealing about the possibility of another Robsten movie. If Robert Pattinson is split from FKA Twigs, this could get very interesting.