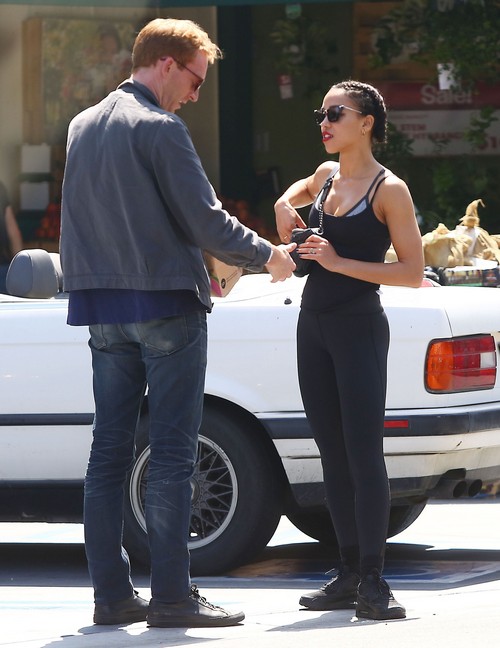 Is Robert Pattinson struggling with another round of depression as his relationship with FKA Twigs is falling apart? Perhaps the reheated interest in his career and personal life are once again taking a toll on the ‘Twilight’ star, as his engagement to FKA Twigs appears to be crumbling.

The burning romance between Robert and FKA Twigs appears to be struggling under the demands of their careers. Twigs, real name Tahliah Debrett Barnett, is busy making rounds promoting herself on magazines and rubbing elbows with stars in the front row of fashion shows like Versace. This behaviour from the woman who stated publicly that she didn’t want to be famous.

Tahliah has been stateside, staying in Pattinson’s house in Hollywood Hills. Meanwhile, Rob has been busy taking on blockbuster films and signing on for a few indie projects. The two were separated by thousands of miles as Robert filmed ‘The Lost City of Z’ and made friends with Brad Pitt.

Twigs and Pattinson’s relationship hit a bump as a friend of the couple confirmed their engagement was on hold. Rob was in Belfast and the friend claimed the two “drifted apart” but the couple was doing their best to keep the relationship going.

However, Barnett started turning their humble pub-style wedding into a baroque circus fit for her new Hollywood connections. While Twigs says she hates anything “mainstream,” it’s clear she doesn’t mind the benefits and fame that comes with being engaged to Robert Pattinson.

As for Robert’s attitude…he has returned to his love privacy and maintaining a low profile. Could he be struggling with another round of depression? Pattinson revealed to The Telegraph in 2014 that he was tempted to seek therapy for his condition stating, “I would love to go into therapy but it makes me too anxious. I’ve been talking to a lot of people about it and I don’t know. I kind of like my anxiety in a funny sort of way and I like my peaks and troughs. Luckily depression never lasts long with me.”

Could his relationship problems with FKA Twigs send Robert Pattinson into another round of depression? Will Rob enter therapy this time? Let us know your thoughts in the comment section below.