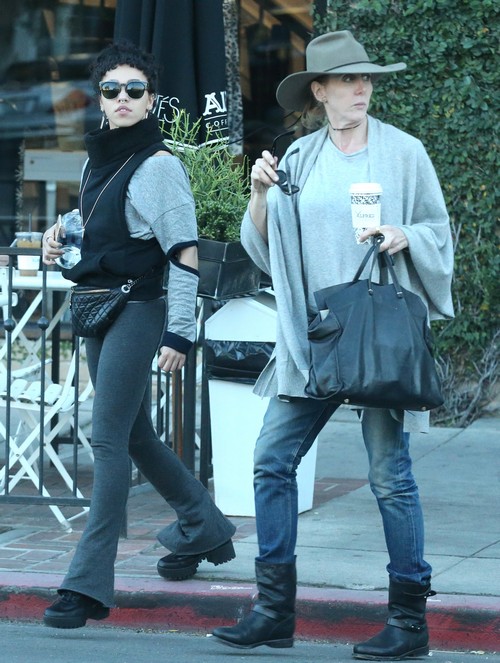 Robert Pattinson and FKA Twigs have finally set a wedding date, according to rumors. Does Tahliah Barnett fear RPatz will get cold feet? What has led to Pattinson and Twigs’ reheated interest in their wedding that has been on hold after relationship troubles?

New reports suggest that an insider has revealed that Robert and Tahliah have finally set a wedding date. An exact date has not been confirmed, but the source claims FKA Twigs and Robert Pattinson’s wedding will take place in autumn 2016.

This isn’t the first wedding date Pattinson and Barnett have set. In August, a mutual pal of the couple revealed that Twigs and Rpatz put the wedding on hold because the singer couldn’t decide what kind of wedding she wanted.

Originally, the Twilight star and FKA Twigs wanted a super-small and humble wedding. However, Twigs was soon enjoying the benefits of dating Robert Pattinson and enjoyed rubbing elbows with big celebrities, getting front row seats at Fashion Week, and watching her career surge thanks to Pattinson’s fame.

After basking in the fame of Rob, Tahliah wanted to have a more glamourous event with masked ball or Baroque theme.

Unable to commit to a style and actually walking down the aisle, Robert Pattinson and FKA Twigs put their wedding on hold. Following the engagement pause, rumors persisted that Rob was growing more and more concerned with Barnett’s focus on her career.

In fact, while Pattinson was filming in Belfast, Twigs was off in California networking and growing her musical endeavors. The British couple didn’t talk for weeks at that time!

Tahliah also has to contend with the fact that Robert’s friends don’t like her. The bulk of Pattinson’s pals feel Twigs in using him for his fame. The word “gold digger” is another term RPatz’s friends use to describe Barnett. Luckily for FKA Twigs, Rob’s family is supportive and feels she is better fit for him than Kristen Stewart.

So, with the breakup rumors, failing to win over Rob’s friends, and the marriage being put on hold in August, it would hardly be surprising if Twigs fears Robert will end their relationship.