Kristen Stewart Tells Reporter “Get The F*ck Out of My Face” – Won’t Take Robert Pattinson Back After FKA Twigs Break Up? 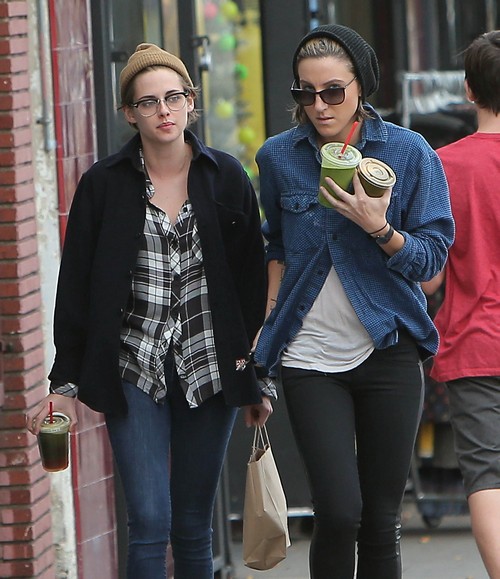 Will Kristen Stewart take Twilight boyfriend Robert Pattinson back after the inevitable break up with FKA Twigs? Robert Pattinson and FKA Twigs are still in the midst of their lust-filled early relationship haze, and they’re not going to break up anytime soon. In fact, I’d wager that chemistry and the aforementioned relationship haze is one of the biggest reasons Robert Pattinson seems to be so clueless about FKA Twigs’ famewhoring ways – or maybe that’s the reason he just doesn’t care. Whatever it is, the two are nigh inseparable right now, and unfortunately for Robsten fans, they’re happier than ever.

However, despite rumors that Rob and FKA are planning to get engaged and married, we’re hearing from sources close to Rob that he doesn’t see his relationship with FKA lasting. Even though Rob is definitely prone to long-term relationships, he apparently realizes that FKA is just using him. Plus, in addition to serving as a distraction for him as well, the FKA Twigs romance is also helping rehabilitate his public image and remove the bad taste of Twilight and Kristen Stewart’s cheating.

Apparently, Rob does realize that those are the reasons that both he and FKA are staying in this relationship, and it most definitely doesn’t mean that there’s a future there. But even though he realizes that he and FKA are going to break up – and so does everybody, it seems – there is one person who’s stopped caring: Kristen Stewart.

Kristen Stewart may have remained single all this time because she’s been pining for Rob to come to his senses and dump FKA Twigs, but she’s gotten to the point where her pride won’t let her take him back – even if he comes crawling and begging for another chance. Granted, even if Rob and FKA break up, there’s no guarantee that he’ll go back to Kristen, is there? Do you guys agree or disagree? Let us know your thoughts in the comments below.

Update: When Kristen Stewart arrived at LAX a pushy reporter flashed a pic of Robert Pattinson in her face and asked if she was still love with Rob to which ever-classy KStew responded “Get the fuck out of my face.”