Rocco Ritchie Cuts Off Contact with Madonna: Why Son is Disgusted With Mother? 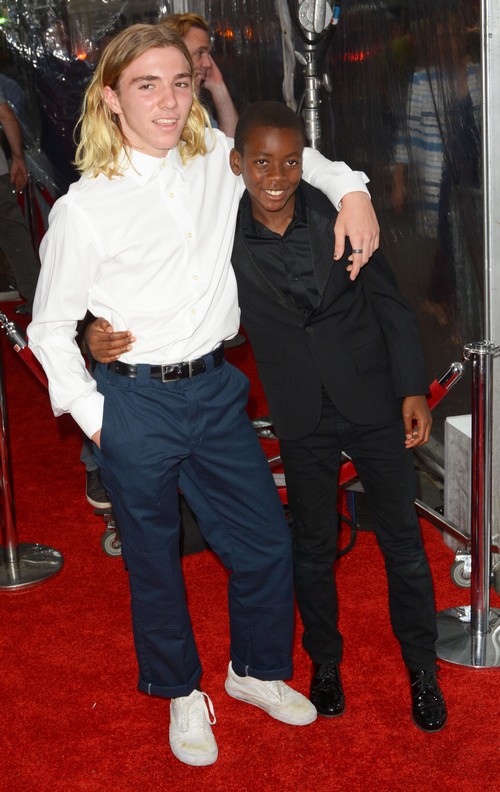 It’s not a secret that Rocco Ritchie has cut off contact with Madonna and blocked his mom on Instagram. Why is Rocco disgusted with his mother? What has Madge done this time? Madonna was one of the most outrageous performers in the 1980s and 1990s. It looks as if all M’s questionable choices – remember the video “Justify My Love” or perhaps the coffee table book “Sex” – have come back to haunt the former Material Girl.

Insiders reveal that when Rocco sees the Madonna from the past he can’t reconcile those images with the mother he knows. The woman who rolled around on the stage in a pseudo-wedding dress singing “Like a Virgin” is apparently an uber-authoritative mom.

Several sources divulged to Page Six that Rocco is “sick of [Madonna’s] mixed messages.” Both Rocco and older sister Lourdes reportedly think Madge is “too controlling.” Madge’s iron fist discipline caused Rocco to take off in mid-November during a tour stop in Stockholm.

While at home with M, sources say Rocco has to adhere to a regimented macrobiotic diet. The teenager can’t eat any dairy products, cookies, cake, chocolate, salt or anything with preservatives. It’s perfectly acceptable to want your children to eat healthy, but there is such a thing as moderation.

The draconian rules at home with mom don’t apply just to Rocco’s. Watching television is banned. What happens If Rocco leaves clothes on the floor? Mom takes them away. It’s not a bad thing to expect your teenage son to pick up any clothes left on the floor. But, after a while, if you keep taking clothes away, the kid won’t have any clothes at all, right?

Life in London with Guy Ritchie is not as strict, but it’s also not anarchy in the movie mogul’s home. Guy has rules for Rocco Ritchie, just not as hardcore as ex-wife Madonna’s. Living with dad has given Rocco an opportunity to stay in one place and make friends. When on tour with M it’s one new city after another – and Rocco is fed up with that nomadic lifestyle.

For now, Rocco Ritchie is staying put in London with Guy Ritchie and has no intention of returning NYC with Madonna. Rocco is old enough to let a judge know with whom he wishes to live and that will come out in pending custody hearings in both NYC and London.