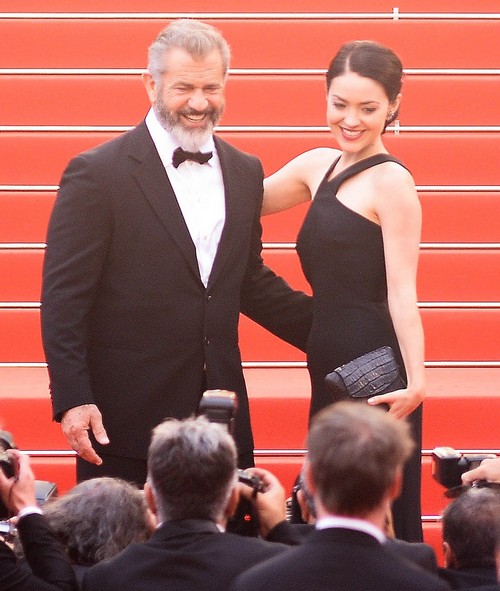 A source close to the Gibson, 60, and Rosalind, 26, told People that the actor/director/producer “Loves being a dad and he and [Rosalind] can’t wait to be parents together. The last two years have been some of the happiest years he’s ever had.”

The insider went on to say that Rosalind is a fantastic companion for Gibson. The wannabe screenwriter has her own life and doesn’t depend on Gibson for her happiness. Yet the brunette beauty does enjoy being part of Gibson’s world. “They’re very much on the same page,” the source explained.

Rosalind Ross is younger than five of Mel Gibson’s seven children from his 30 year marriage to Robin Gibson. There’s Hannah, 36, twins Christian and Edward, 24, William, 31 and Louis 28. Rosalind is the same age as Milo Gibson and only 9 years older than the Thomas, 17, his last child with Robin. And let’s not forget, Gibson has a few grandchildren, too.

This is Gibson’s first public relationship since it was exposed that the actor cheated on wife with Oksana Grigorieva. That affair led to Robin filing for divorce and getting about half of everything Gibson had – an estimated $300 million.

It would be very wise for Gibson to work out any child and financial support issues before Baby Gibson number 9 makes its appearance. Gibson and Oksana Grigorieva recently agreed, after years of court battles, on a financial arrangement involving their nearly 7-year-old daughter Lucia, Gibson’s eighth child.

There must be something in the water. Mick Jagger, 72, is going to be a father again too. The Rolling Stones front man is expecting his eighth child with 29-year-old ballerina Melanie Hamrick. Mick isn’t as excited as about being a dad again as Mel Gibson reportedly is.

All the best to Mel Gibson and Rosalind Ross. At this time there is no further information regarding Baby Gibson’s due date.

Red carpet for the closing ceremony of the 69th Cannes International Film festival on May 22, 2016.
Pictured: Mel Gibson, Rosalind Ross by FameFlynet