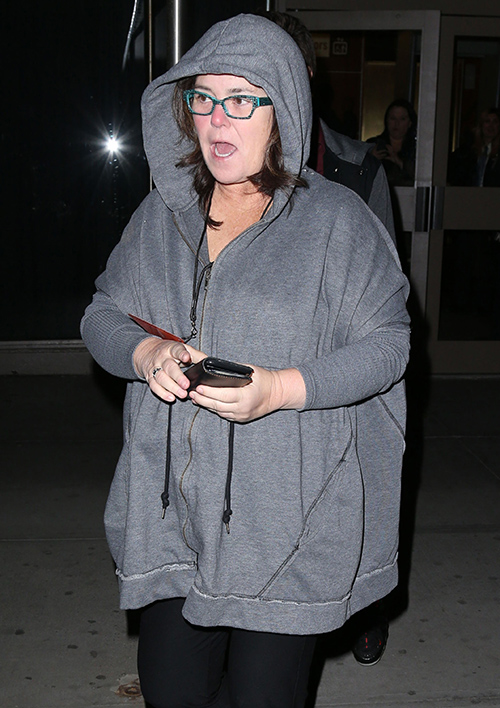 Rosie O’Donnell is officially divorced! Rosie and ex-wife Michelle Rounds have been in the midst of a messy breakup and divorce for over a year now, not to mention they had to deal with their runaway teen daughter in the midst of it all. But, according to the talk show queen’s reps, Rosie and Michelle’s marriage is legally over.

According to E! Online, Rosie and Michelle will be going before a Manhattan judge on Thursday, March 31 so that their divorce documents can be finalized – and this messy split will finally be over. Rosie’s rep dished to E! Online, “The divorce is finalized, this is just a formality for the paperwork to be submitted.”

Rosie and Michelle Rounds were first linked back in 2011, and despite their tumultuous relationship and constant rumors of cheating and fighting, the couple defied the odds and got married in 2012. Immediately afterwards, they adopted a daughter named Dakota. But, just two years in, Rosie and Michelle filed for divorce in 2014.

Rosie O’Donnell was reportedly dating actress Tatum O’Neal in late 2015 – however, reports suggest that the two women broke up shortly after Tatum moved into Rosie’s home. Ironically, Tatum and Rosie’s breakup was right around the time that Rosie was dealing with her runaway teen daughter, Chelsea, who then proceeded to sell stories to the tabloids about how crazy and horrible her adopted mother really was when cameras weren’t rolling.

A lot of Rosie and Michelle supporters doubted the couple’s split would last forever and hoped for a reunion – but that is clearly not the case. Rosie seems to be handling the divorce well, and has even commented on it during a few of her comedy shows. Do you think that there is any chance Michelle and Rosie will get back together someday? Will Rosie get married to someone new after this disastrous marriage? Let us know what you think in the comments below!