Ryan Lochte Apologizes For Robbery And Vandalism Scandal At The Rio 2016 Summer Olympics: Swimmer Should Be Stripped Of Medals? 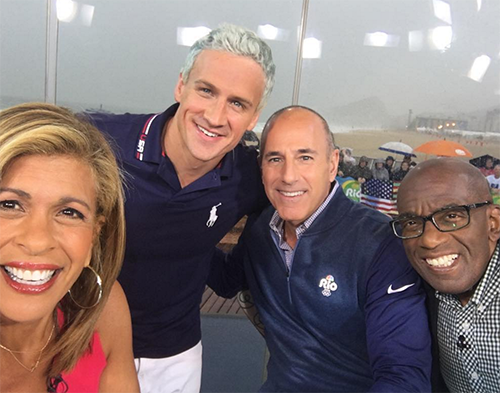 Ryan Lochte is apologizing for his behavior after he claimed he was robbed at gunpoint in Rio de Janeiro last weekend. Ryan Lochte’s apology came after testimony emerged from other swimmers, who allegedly confessed to their behavior at a gas station after vandalism claims were made.

Ryan Lochte told NBC in an interview that he, along with swimmers Jimmy Feigen, Jack Cogner and Gunnar Bentz, had been pulled over by armed men who posed as police officers. One allegedly pulled a gun against Ryan Lochte’s head before taking cash from his wallet.

“This was a situation that could and should have been avoided,” Lochte said in a statement, according to the Chicago Tribune. “I accept responsibility for my role in this happening and have learned some valuable lessons. Regardless of the behavior of anyone else that night, I should have been much more responsible in how I handled myself and for that am sorry.”

In his original account, Ryan Lochte told the Today show’s Billy Bush in his interview that he and other swimmers were pulled over and robbed by gunpoint. Yet two of the swimmers — Gunnar Bentz, 20, and Jack Conger, 21 — described public urination, vandalism, and other drunken antics which allegedly occurred that night. Brazilian police said the men vandalized the bathroom while intoxicated, were questioned by guards, then paid for the damage and left.

The 12-time Olympic medal winner Ryan Lochte’s account of events was questioned by local authorities and the Brazilian media, who say that he has not only fabricated his allegations, but that it is also damaging Rio de Janeiro’s international image.

TMZ reported that Rio de Janeiro’s Civil Police Chief Fernando Veloso said the alleged incident has “stained” the city with a “fanatical version” of what actually happened. There’s also speculation that Ryan Lochte and the swimmers might have fabricated their story to hide their antics as several of the athletes didn’t tell their girlfriends about their whereabouts that night.

A Brazilian judge in the case says they won’t go to prison, although authorities are considering charges of falsely reporting a crime and destruction of property, both of which can carry up to six months in jail or a fine.

Tell us CDL readers, do you think Ryan Lochte should lose his Olympic medals for his behavior? Will this incident tarnish Ryan Lochte’s swimming legacy? Let us know your thoughts in our comments section below and, of course, check back with CDL for all the latest updates on Ryan Lochte and the 2016 Olympics in Rio de Janeiro right here. 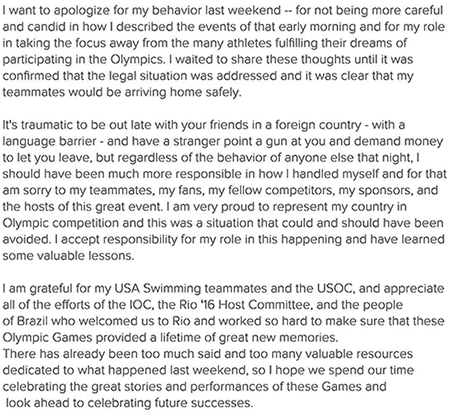