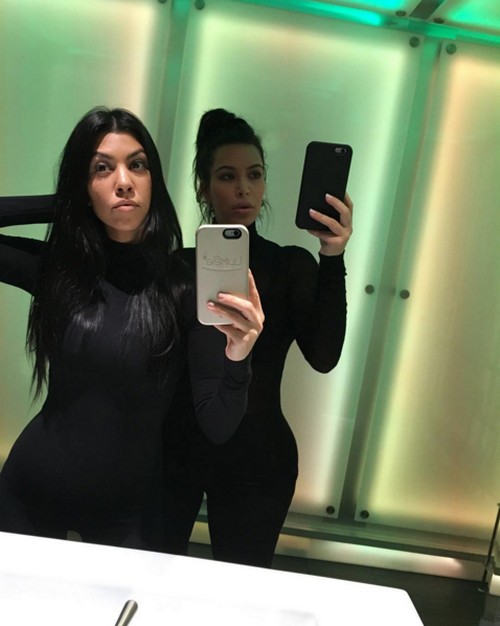 Kim Kardashian showed off her first post-pregnancy photo-shopped photo with Kourtney Kardashian. Kim is obviously desperate for weight loss recognition and attention following the birth of her son, Saint West. Sadly, in the pic Kourtney posted during a break from Kanye West’s listening party Kim went to overboard on the special effects as to appear smaller than her sister!

Kim Kardashian will stop at nothing to make herself feel better about her body image. Even if that means she has to use her sister, Kourtney Kardashian to block half of her body in a pose to make her appear to be much smaller than she actually is. Kim is never, ever smaller than Kourtney. This is a whole new level of being delusional, even for Kim Kardashian. 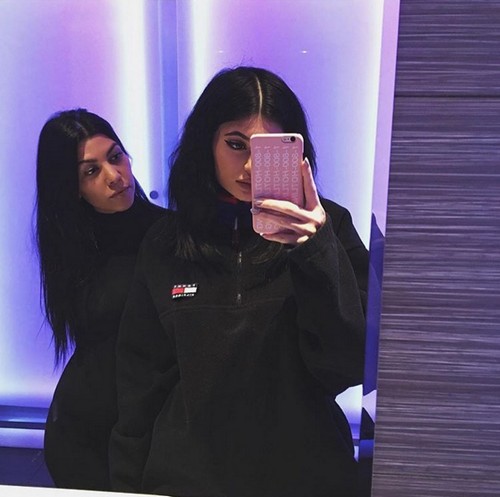 Us Weekly reports that the sisters were taking a break to pose while at a listening party for a Kanye West’s latest album, Swish. Kourtney posted the photo on her Instagram with the caption, “Studio hoes.” Mmmmm… klassy.

In the photo, you can see that the sisters are wearing matching black outfits that make it really easy for Kim to pull off a much smaller figure. But come on! It’s so obvious. Does she think she’s really tricking us with her camera angle?

In another photo, Kylie Jenner gets in on the action, posing with Kourtney, only Kylie is the one in front and she’s not wearing the same outfit as her sisters. She opted for a super modest fleece. Not at all Kylie’s style. She actually is dressing her age! What gives? Then again, she is wearing her ‘way-too-much-makeup’ face. I guess we will just be glad she has real clothes on for a change. 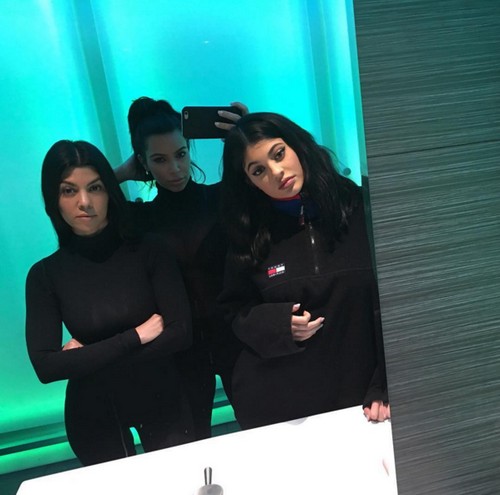 The funny thing is in the third picture…. Kim poses behind both her sisters, Kourtney and Kylie, once again attempting to block most of her own body, making herself look as little as possible. Still not buying it! We get it! You just had a baby! You’re not going to rock a bikini body quite yet. Time to let it go, Kim!

What do you guys think? Is Kim Kardashian trying way too hard to compete with her sisters, especially tiny Kourtney for the littlest bay or what? Sound off in the comments below and be sure to check back here at CDL for all the latest news on the Kardashian family!