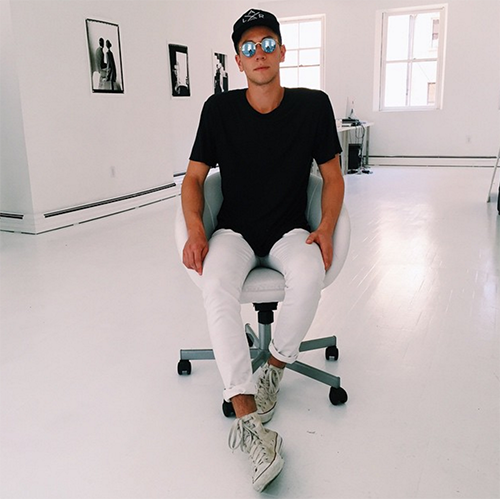 Selena Gomez has a new boyfriend, which means Justin Bieber is getting left in the past. Hailey Baldwin won’t have to compete with the memory of Selena Gomez any longer. Does this mean everyone can move on from this stressful love triangle?

Selena Gomez has done it. She has officially moved on from Justin Bieber and she’s done it very publicly too. So who do you think that SelGo has moved on with? Could it be Orlando Bloom? Nope! What hot celebrity did Selena Gomez pick to be her new love? Well, first of all, he is not a celebrity. His name is Samuel Krost.

Star reports that Krost went to New York University where he earned his business degree. From the looks of his Instagram page, he may not be famous himself, but he is well versed in the celebrity world – evidenced by his plethora of celeb friends. He’s actually got over 26,000 followers, a significant following, which is bound to increase now that he has Selena Gomez on his arm.

On January 18, this new adorable couple was seen leaving the SLS hotel in Beverly Hills together and they were holding hands. So cute! Selena was wearing a sexy, form fitting black dress with her locks hanging loosely. Samuel Krost was wearing a plain white t-shirt, black jacket, skinny jeans, and trendy boots. They do make a good looking couple, don’t you think?

Now that Selena Gomez has made this somewhat bold statement by stepping out with a new guy, do you think Hailey Baldwin will sleep a little better at night knowing that SelGo is (sort of) out of the picture now?

Things are definitely looking up for Selena. With BFF Taylor Swift back by her side after the Katy Perry controversy squashed and now this cute guy in her life, what more could she ask for? We can’t wait to see what happens with this new relationship! Keep checking back here at CDL for all the latest news on Selena Gomez and New Guy, Samuel Krost!