Selena Gomez Praises Justin Bieber For His 2016 Grammy Awards Win: Wants Him Back After He Gets Gold, Only Attracted To Success? 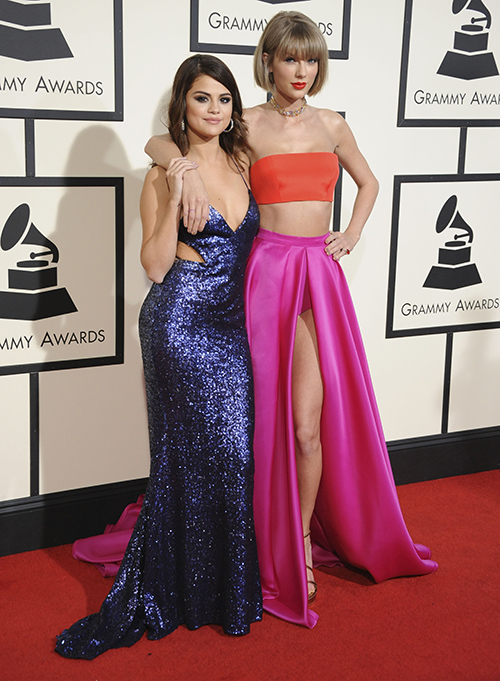 Selena Gomez really needs to make up her mind: is she “so done” with Justin Bieber or “so proud” of him? Last night, Justin Bieber (along with Diplo and Skrillex) took home his very first Grammy Award. Believe it or not, after years of cranking out catchy pop tunes, and dozens of number one hits, Biebs actually had never won a Grammy until this year at the 2016 Grammy Awards.

Of course, Justin’s ex-girlfriend and ‘Jelena’ counterpart cheered him on from the audience as she sat with her BFF Taylor Swift. After the show, Entertainment Tonight tracked down Selena Gomez to ask her what she thought of Justin Bieber winning his very first Grammy. Selena was all smiles and had nothing but nice things to say about Biebs. SelGo gushed to ET, “I’m very happy for him. Honestly, so cool.”

Weird, because just a few weeks ago Selena Gomez had nothing nice to say about Justin during her interview with W Magazine. Selena was actually quoted saying, “I’m so done.” For someone who is “So done” with Justin Bieber, she seems really excited for him and his Grammy Award. Selena tends to gravitate towards Justin when he is at the top of his game, and runs for the hills when he starts spiraling – to keep her less-than-stellar image clean.

Considering he just won his first Grammy Award, Justin is definitely at the top of his game right now. It’s no wonder Selena Gomez is coming sniffing around again, and has nothing but nice things to say about her ex-boyfriend. Selena can praise Justin all she wants to the media – it seems to be falling upon deaf ears, though. Biebs is way too worried about Hailey Baldwin these days to even care whether or not Selena is “happy for him.”

What do you guys think? Is Selena really that happy for Justin? Or is she just trying to get close to Biebs again now that his career is on the upswing? Let us know what you think in the comments below!