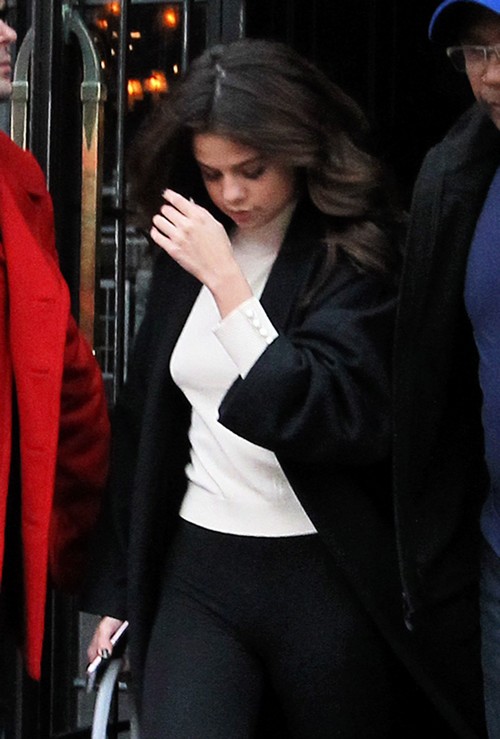 Kanye West debuted the track on Thursday at a fashion show at Madison Square Gardens. The show doubled as the launch of West’s new album ‘The Life of Pablo’. In the song, Kanye raps “…I feel like me and Taylor might still have sex…I made that bitch famous”.

West claims he did not mean to disrespect Taylor Swift with the lyrics as he is simply an artist expressing himself as he knows best. In a Twitter rant on Friday West says Kim Kardashian had given him approval to perform ‘Famous’ as she had no problem with the words.

But with Kim now sporting a blonde hairdo was she approving the song for herself now that she’s looking more like Swift? Clearly Kim Kardashian knows what it takes to keep Kanye interested!

Kanye went on to say that he spoke to Taylor on Friday and she found the lyrics amusing. He even claims Taylor knows that she was his inspiration for the tune and really had no problems with the words. Actually, Swift was the one who came up with the idea he claims.

While they were having dinner with a friend, Swift said she could never hate Kanye as he made her famous.

In an immediate response Taylor Swift’s publicists wasted no time in airing their disapproval of the lines. Despite Kanye West’s Twitter ranting, Swift’s team claimed they were not made aware of the lyrics before Thursday. Instead, the team says West wanted Taylor Swift to put the single on her Twitter account. Of course, she refused as the words were unbearable enough as it was.

The ‘Wildest Dreams’ diva Taylor Swift could not have anticipated being the target of another Kanye West controversy especially after he ruined Swift’s VMA moment back in 2009.

Selena Gomez, Swift’s BFF says that despite Kanye’s latest attack, her gal pal is still on top of the world and refuses to let Kanye’s newest tirade dampen slow down her flight. The entire Taylor Swift camp, including Gomez and Austin Swift, will stand by their darling as she rides the waves of this latest debacle.

Nonetheless the Yeezy founder has no regrets, only boundless arrogance, and will continue to perform ‘Famous’.

Kim Kardashian was spotted showing off her new, blonde locks as she strolled through New York City, New York on February 13, 2016 by FameFlynet