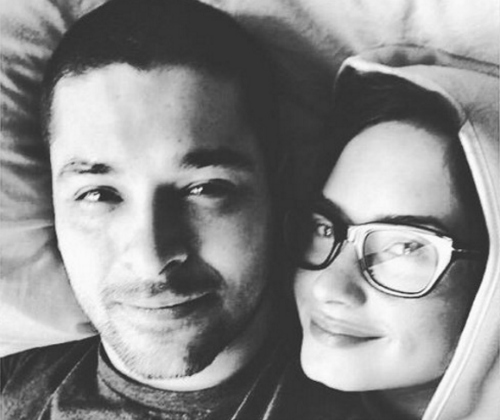 It’s been a stressful week for Demi Lovato – first she buried her beloved great-grandmother and then she announced the breakup with her long-term beau Wilmer Valderrama. Within hours of the funeral on Friday, Demi released a statement across her social media channels informing fans of their split.

Earlier in the week, Demi shared a sweet black and white photo via Twitter of her cuddling in bed with her “Mimaw” and captioned it “RIP my beautiful angel. Forever will never be the same without you.” The popular singer recently revealed that her great-grandmother passed away at the age of 93.

Demi Lovato wrote of the death, “This morning I lost my world and the world’s most special woman. I miss her more than words can even describe. There is an emptiness in my heart that only her spirit can fill, and I pray that I will feel her by my side every single day until we meet again.” 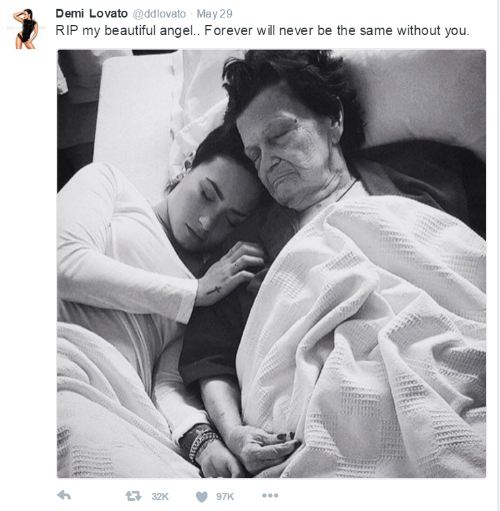 Fans were shocked when the singer and her actor and producer boyfriend Wilmer Valderrama announced their split hot on the heels of Demi laying her grandmother to rest. The two celebs simultaneously announced, via Instagram, that their six-year relationship was over.

The duo seemed to be a solid couple and there was even engagement talk swirling about them last year. The couple met in 2010 and hit it off right away. Demi revealed in an interview that she knew at that moment that they were meant for each other.

The couple has seemed deeply committed to one another even while Demi Lovato went through a public struggle and treatment for bipolar and eating disorders. Just last year, Demi credited Wilmer Valderrama for supporting her and helping maintain her sobriety.

She stated that he was there for her through good times and bad and helped her face her demons and conquer her fears. She wrote on Instagram last year, “His love helped me get through it all. I really wouldn’t be alive today without him. I love you, Wilmer.” 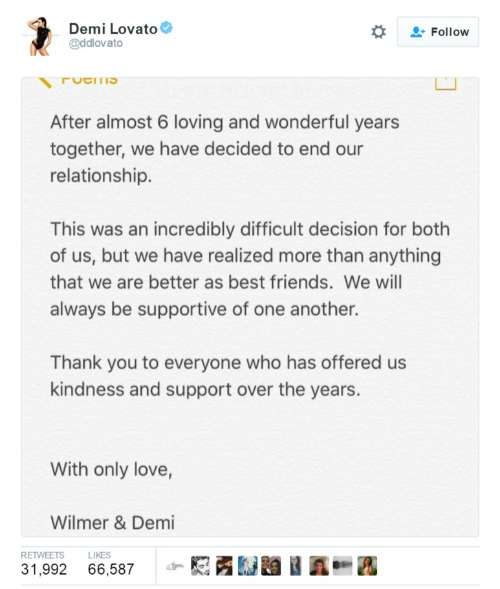 Yesterday, both Demi and Wilmer released the following statement on their Instagram accounts:

“After almost 6 loving and wonderful years together, we have decided to end our relationship. This was an incredibly difficult decision for both of us, but we have realized more than anything that we are better as best friends. We will always be supportive of one another. Thank you to everyone who has offered us kindness and support over the years. With only love, Wilmer & Demi”

Are you surprised by the breakup? What do you think caused the split of this seemingly rock steady couple? Share your comments below and come back to CDL often for more celebrity news.