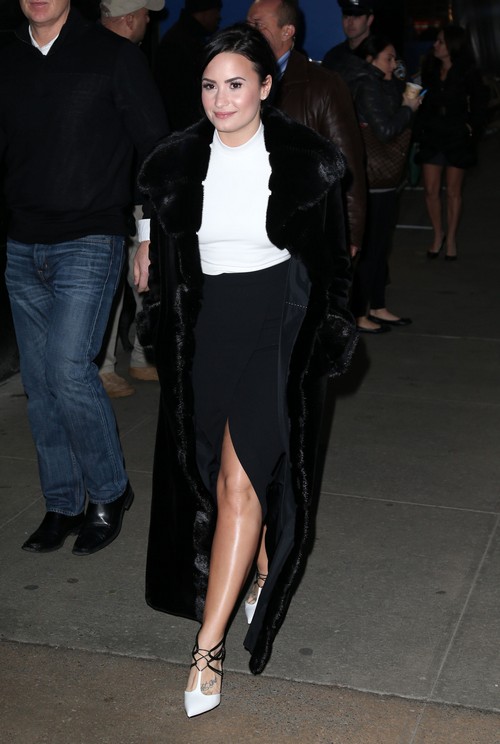 Demi Lovato and Wilmer Valderrama are engaged and getting married! After a tumultuous five years of drama, ranging from his alleged cheating to Demi’s trips to rehab – the former Disney star and controversial actor have reportedly gotten secretly engaged and are planning their wedding. According to a new report from OK! Magazine, Demi and Wilmer are trying to keep their engagement a secret now, but there are wedding bells in their near future.

An insider close to Demi and Wilmer dished to OK! Magazine, “Everyone is thrilled that they will be getting married. Wilmer is so good for her, and Demi is madly in love with him. They have to hell and back and emerged stronger than ever. They have been talking about it for a while. Demi has been referring to Wilmer as her hubby-to-be to members of her camp.”

Demi Lovato and Wilmer Valderrama have been together for five years now, which in Hollywood is equivalent to forever, so it’s not exactly a shock that the two celebs are planning to get married. Demi recently credited Wilmer for helping her through her darkest days and struggles with her sobriety on social media and gushed that she “wouldn’t be alive today,” if it wasn’t for him. So far there are no details on Demi and Wilmer’s wedding plans – the couple is relatively private about their relationship. For all we know they could have already gotten married in a quiet and intimate ceremony, they could get married tomorrow and we would never be the wiser.

What do you think of Demi Lovato’s big news? Are she and Wilmer Valderrama in it for the long haul, or do you see a messy Hollywood divorce in their future? Could they have already snuck off and tied the knot in a quiet wedding ceremony? Let us know what you think in the comments below!