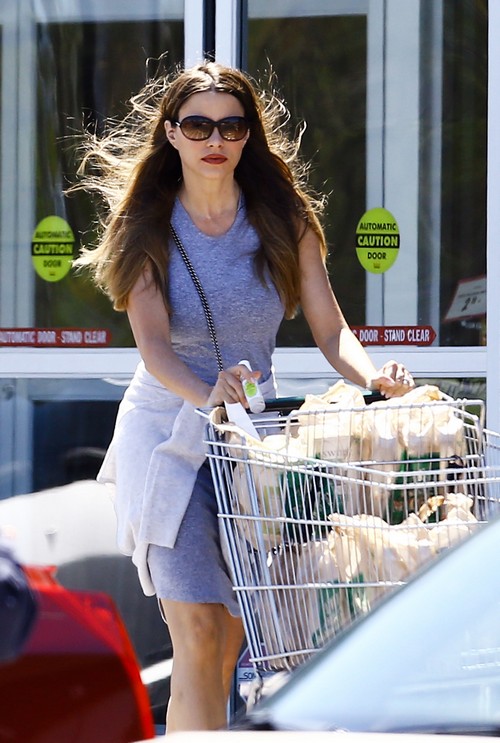 OK! Magazine is reporting that the ‘Modern Family’ star pregnant is pregnant with her and Joe’s first child together, she already has a 23 year old son from a previous relationship.

Sofia Vergera may pass as someone in her late 20’s, but the sitcom star is actually over 40 – and her biological clock is ticking. If she and Joe Manganiello planned on having children together, they were going to have to start ASAP, to ensure that they would be able to conceive.

It’s unclear if Sofia got pregnant the old fashioned way, or with the help of a fertility doctor.

An inside source dished to OK! Magazine, “She is worried about the weight gain, but Joe has been so supportive and reassuring. They’re counting the days to being a family.” So far neither Sofia nor Joe have confirmed the baby news – but frankly we are really hoping that they are expecting, because we can’t wait for the ‘you know what’ to hit the fan. Nick Loeb is going to be furious!

As you all know Sofia Vergera had to get through a messy divorce from Nick Loeb before she could walk down the aisle and marry Joe. However, she and her ex-husband are still embroiled in a high-profile legal dispute over embryos they had frozen during their marriage.

Nick wants the embryos so that he can hire a surrogate and have a baby of his own. Sofia is not having it – she wants them destroyed ASAP.

So, do you think Sofia Vergera is really pregnant? How is Nick Loeb going to react to his ex having a baby with Joe, but trying to have her and Nick’s embryos destroyed? Share your thoughts in the comments below!

Sofia Vergara is spotted running some errands in Wilmington, NC on April 6, 2016. The actress is in North Carolina with her husband Joe Manganiello while he films the upcoming show “Six.” FameFlynet