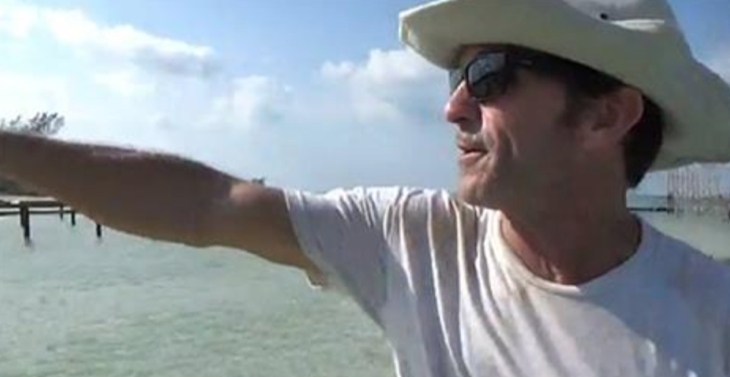 Tonight on CBS their Emmy Award-winning series Survivor Kaoh Rong airs with all new back to back Wednesday March 2, season 32 episode 3 called, “The Circle of Life,” and we have your weekly recap below!  Tonight, another castaway is voted out of the game

On the last episode, one castaway went to great heights to retrieve an idol, and on the beauty tribe, two castaways became quick friends. Also, immunity and rewarded are on the line at a taxing physical challenge. Did you watch the last episode? If you missed it, we have a full and detailed recap, right here for you.

On tonight’s episode as per the CBS synopsis, “for the first time ever, two immunity idols can join forces to become one super idol that can be used after the votes are read. Also, one castaway gets crafty in order to retrieve an idol and another castaway on an opposing tribe may have a bounty on their head if they can’t find an idol.”

Tonight’s season 32 episode 3 looks like they are going to be great and you won’t want to miss them, so be sure to tune in for our live coverage of CBS’s Survivor Cambodia episodes at 8:00 PM EST! While you wait for our recap hit the comments and let us know how excited you are about season 32.

#Survivor starts with Scot telling Alecia that he wrote her name down only because he promised Jenny he wouldn’t write down hers. Later, Alecia tells Cydney that Scot needs to go since he’s a millionaire. Cyndey later tells Scot that Alecia is now gunning for him.

Tai is out looking for the idol over at Beauty. He gets a stick and attached the tool to try and get the key. Now he can’t find the tool – he lost it and is upset at himself. He decides to try and make another tool from sticks. It works! He gets a container out, and there’s a note.

It says this is the map to the treasure and he kisses and thanks the tree then runs off. He has a key now to unlock a buried padlocked box and finds the idol. He says it will save his life. He says Jeff made it hard. He reads the rules for the idol.

Then he reads there is a twist. If you get another idol, you can combine them to make a #SuperIdol that can be used after the votes are read to save someone from eviction. Tai is thrilled. Over at Brains, Peter is annoyed that Joe is working out instead of scheming.

Liz and Peter talk about Joe and Debbie and what will benefit them most. She thinks Debbie is like a court jester and Joe like a loyal soldier. She says Neal is a huge risk to keep around, and Aubry doesn’t like to talk game.  Peter says it’s a good plan, and they agree they’re like bosses.

Debbie says her role is to observe and gather intel. She thinks Peter feels superior, and Liz is scheming with him, and Debbie wants to target Liz. Debbie goes to Joe to talk about working with Neal and Aubry to target Liz.

Caleb wants to kill a chicken to eat, but Tai doesn’t want the animals to die. Tai finally says it’s the circle of life, and as long as there is no waste, it’s okay. Tai holds it while Caleb chops its head off then Tai cries for the poor dead chicken but he says he knows they need to eat.

Tai says he feels like he did wrong letting it die. Nick watches not sure what to think. Nick thinks Tai is too emotional for this game and says you don’t need emotions out here, you just need to seem like you do. Anna doesn’t like Nick, so she goes to talk to Caleb.

She tells him she doesn’t trust Nick and Caleb says the girls are strong, and they want him. He says if they lose, that means he won’t go home. Scot is out looking for the idol to protect himself from Alecia. He also hopes she won’t find it.

Alecia and Cydney find a clue and they dig. Cydney lied and told Alecia she found it – what she found was the lockbox but not the key. She reburies it before Alecia comes back. Cydney tells Scot and Jason that Alecia found a clue and tells them where it is.

The guys go into the jungle while Alecia is out in the water. Alecia gets out of the water and goes after them, and Cydney follows. Jason found the map clue and goes running. They all chase him. Alecia can’t keep up. Scot and Jason look around.

They are looking for the tall tree and spot it. They don’t have the tool since the girls lost it. Cydney lies to Alecia and says the guys saw them. Alecia waits to try and steal the key from them. She gets closer as Jason tips it out. Scot grabs it and runs off.

Alecia is annoyed. The guys unlock the idol box while Alecia stands right on top of them. She’s mad since she found the clue. She says she can’t trust anyone. Scott and Jason read the SuperIdol twist. Scot is confident that Jason will have his back since the idol is in his hand.

Now it’s time for the #ImmunityChallenge. The other tribes see that Jenny was sent home. Jeff takes back the idols then explains the water based challenge. They start at a platform, go to a boat, get bags of rice through a hole, get them back to the beach, open the bags, balance on a beam then get them through holes.

Reward is a choice for first place of comfort items or emotional items they brought from home. Second tribe gets what’s left, and the third tribe gets Tribal Council. Anna Michelle Aubry and Joe sit out. Four play for each team.

Neal, Caleb and Scot are in the boats for each tribe handing out heavy bags of rice. They have to move the bags through a small hole. Beauty gets one through and Brains too. Brawn gets one too. Beauty gets the second and third and takes the lead.

The others get their second. Brawn gets the third and heads out. Brains finally gets their third. Beauty gets their first ball and they start trying to master the wall of holes. You have to avoid letting the ball fall through a hole.

It’s neck and neck. Cydney gets it for Brawn. They finally win immunity and Brains will go to #TribalCouncil for the first time. Back at camp, the scheming starts. Liz wants them to vote out Neal but talk about splitting the vote with Aubry in case Neal has an idol.

Debbie says okay but has a totally different plan in mind and thinks Liz is giving orders. Debbie goes to tell Neal what’s going on. Peter talks to Aubry and she thinks he’s being controlling and says he has no emotional intelligence and now she wants him out.

Aubry now wants to target Peter instead of Liz. Debbie says Peter is narcissistic and over-exuberant and is trouble for the tribe. They head out to Tribal and Debbie says it’s going to a blindside then ugly when they get back.

They all get their torches and dip them for fire. Peter says there are three voting units and says Debbie and Joe are together. Aubry says it’s murky water. Peter talks about how he’s a pro at social interaction because he’s an ER doc and several others smirk.

Joe says he’s always suspicious of people’s motives. Peter says what he thinks the plan should be and the others pull faces. Neal says they will be a stronger tribe later but what that means isn’t sure yet. Jeff says Joe is a cop and last season was won by Tony the cop.

Peter insults Joe and says he’s an older generation than Tony. Then Peter basically says he’s smarter than everyone else. Liz votes Aubry. No other votes are shown. Jeff goes to count the votes. He comes back and calls for an idol. No one has one.

Votes are: Aubry, Aubry, Peter, Peter, Liz, Liz. It’s a three way tie. Jeff says they will revote and Aubry, Liz and Peter can’t vote. Joe, Debbie and Neal are voting. Jeff goes to get the votes and reads them. They are: Liz, Liz. She’s shocked. Peter hugs her and says sorry.

Liz says she was confident she was safe and isn’t sure why they voted her out. She says there were fictitious promises.