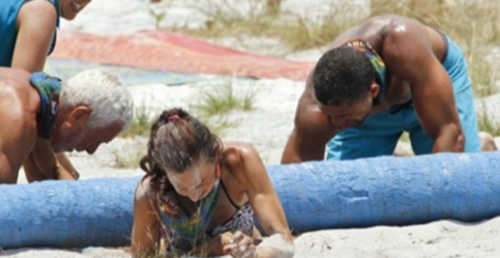 Tonight on CBS their Emmy Award-winning series Survivor Kaoh Rong airs with all new Wednesday March 9, season 32 episode 4 called, “Signed, Sealed and Delivered,” and we have your weekly recap below!  Tonight, brutal heat and dehydration cause one castaway to be medically evacuated from the game.

On the last episode, for the first time ever, two immunity idols joined forces to become one super idol that was used after the votes are read. Also, one castaway got crafty in order to retrieve an idol and another castaway on an opposing tribe may have had a bounty on their head if they couldn’t find an idol. Did you watch the last episode? If you missed it we have a full and detailed recap, right here for you.

On tonight’s episode as per the CBS synopsis, “the brutal heat of Kaoh Rong takes a toll on several castaways, and one is medically evacuated from of the game.”

Tonight’s season 32 episode 4 looks like they are going to be great and you won’t want to miss them, so be sure to tune in for our live coverage of CBS’s Survivor Cambodia episodes at 8:00 PM EST! While you wait for our recap hit the comments and let us know how excited you are about season 32.

#Survivor starts at Brains on night eight after Tribal. Debbie says it went like she planned and she thinks Peter has now been knocked back. Peter tells her he’s shocked about Tribal. Later he says he has knots in his stomach and thinks they’re screwed and lost a strong player.

Now it’s a #RewardChallenge that’s gigantic. The others see Liz was voted out. They have to race under obstacles, dig under a wall and then get to a sandy pit, dig up three bags of balls then roll them into targets like putt putt.

First two tribes win rewards. First prize is a kitchen set with coffee and spices. Second tribe gets salt, pepper, wok and oil. Last place gets nothing. Beauty sits out Julia and Anna. Brains sits out Neal. The sand is hot as they go scrambling.

They get through the obstacles and dig. Cydney is under it fast. Debbie is under for Brains. Tai gets through for Beauty. Aubrey is under and then Scot and Jason get through and Brawn moves on fast. Beauty falls to last place.

All three are digging for the bags of balls. Scot gets on for Brawn and Beauty gets one. Scot gets the second for Brawn. Brains finally gets one. Jeff says it’s hot standing there watching them. The third bag proves harder to find for all three.

They are now 45 minutes into it and no one has found all three. Brawn has two and the others have one. Debbie finally finds the second bag and then they get the third bag and moves on. Aubrey is bowling the balls for Brains then Peter takes over. They have three then four.

Debbie bowls and gets the fifth. They have one left. Peter steps up and lands the sixth. They get the big kitchen reward and win by a huge gap. Beauty is now ready to roll with three bags. Brawn doesn’t have their third.

Debbie is struggling from the heat and Joe wants to call a medic. Caleb sinks two balls. Joe waves Jeff over for a medic. Jeff comes over and checks her out. She says she has heat stroke and they call medical over. They check her blood pressure while the other tribes keep going.

Brawn is digging, Caleb is rolling and medical says they have to cool her down. They pour cold water on her head to try and cool her down. She talks about first aid. She says heat stroke is like you’re being roasted alive.

She says she knew she was better as soon as they started cooling her down. Jeff says relax since her tribe won. Beauty has one ball left to sink and Brawn still has one bag left. The Brawn tribe is sniping at each other, exhausted and frustrated.

Cydney is exhausted and says she can’t move. Medical says Debbie’s temperature is back down but her heartrate is still up. Caleb collapses on his back exhausted. The team calls medical for Caleb too. They call for water and run some over to him.

Cydney is shivering now and having convulsions. Caleb is gasping and doing poorly then they go check on Cydney. She’s crying and freaking out. Jeff calls the crew over with water and umbrellas. You never see all the people that are there on set. Dozens run out.

They get oxygen onto Caleb and he’s in bad shape. He’s not responding to medical. Caleb finally starts to respond – Tai is crying. They have to run an IV for Caleb. Cydney is getting water treatments. They’re doing a chilled IV to rehydrate Caleb and lower his temperature. They have ice on him too.

Jeff goes to check on Cydney. Medical says they need to evacuate Caleb. They call for a helicopter. Cydney says she’s okay and her temperature is back to normal. Jeff checks on her and says she’s not in danger of being pulled from the game.

Jeff tells Caleb that the doctors don’t want him to play and Caleb shakes his head no that he doesn’t want to go but Jeff says he has to go and it’s the doctor’s choice not his. The Beauty tribe is all tears and Jeff comes to talk to them. They tell them Caleb is being evaluated.

They are stunned to hear that he’s out of the game as the helicopter zooms in and lands for the evacuation. They let the team tell him goodbye. They carry him to the chopper and load him up. They talk about how they thought Caleb was invincible.

Jeff explains why Caleb had to go home and says they were all digging so deep. He asks Tai why he’s so upset and he says they lost one of their own and Caleb fought so hard to help them win then he says he cuddled with Caleb last night.

Jason says Cydney is his teammate and they are family and you deal with it. He says he sticks with her til the bitter end. Jeff tells Beauty and Brains their reward is waiting back at camp and Beauty is down a member.

It’s day 9 at Brains and Debbie thanks the tribe for taking care of her. Over at Brawn, Alecia comes at Scot for the way he talked to her during the challenge. She says she was trying her best and never game up and was trying to encourage them and he insulted her.

Scot says he meant it when he said keep cheerleading and he wasn’t insulting her. Cydney goes to lay down. Alexia keeps complaining and Scot says he wanted her to shut up and dig. He says don’t tell an NBA champion about teamwork.

She says acting like a team applies at every level. Jason tells her to get on board with the team. Cydney is trying to recoup and then they start yelling and annoy her. She says she hopes there’s flip tomorrow and Scot tells her next Tribal, it’s bye-bye.

Cydney thinks Alecia needs to listen and stop talking. Jason takes Scot’s side. Jason says she can’t listen and always has to talk. Jason says it’s always something with her. He says take some responsibility and walks away from them.

Later, Jason admits he went overboard and got angry. He says he has two daughters and wants them to be strong educated females who can take care of themselves. Scot tells Alecia that she just likes to argue and is so far at the bottom now.

Now it’s time for the #ImmunityChallenge on day 11. Jeff talks to them about the challenge and losing Caleb and then takes back the idols from Brawn and Beauty. They have to race into the jungle, climb up ladders and retrieve puzzle pieces. They have to get some from the ocean too.

Then they have to do a complex snake puzzle. The first two tribes win immunity. Beauty has to sit out Tai. Brains has to sit out Joe. The rest start their run. The first leg is a race into the jungle. Cydney is up on the ladder and they are working hard. It’s neck and neck.

They all head back. Peter forgot a piece and had to run back which set Brains back. Now it’s the water leg and two from each team race to the water. Scot and Jason are first out. Beauty is close and Brains runs last. They swim out to a platform and have to dive down and untie three more pieces.

They have masks but have to hold their breath and untie. Jason and Scot head back and Nick and Michelle. Brains is still way behind. Jason and Scot are a little slower. Brains gets theirs and heads back. Anna and Julia are on the puzzle for Beauty.

Cydney and Alecia are working it for Brawn. Brains is still not there yet. The puzzle is rope and complex. Neal and Debbie start the puzzle for Brains. Peter swaps in for Debbie. Brains has made up time. They are first to finish and has immunity.

Brawn and Beauty is in a race for second. Beauty has it and takes second. Brawn is going back to Tribal tonight. They do not look happy. Alecia says it’s not a good feeling. Scot says Alecia is already trying to validate herself.

Alecia says it was her fault that the puzzle didn’t get done. Scot says she’s going home if he has any say about it. Jason says they can vote now if Jeff wants and Jeff says they can if Alexia agrees. She says she’s not ready to give up yet.

Now we see #TribalCouncil and Jason says nothing has changed since they talked earlier. Scot says he feels the same and Cydney agrees. Jeff says she’s on Brawn because she doesn’t take anything from anyone. She says she has no respect for Scot and Jason.

Jeff tell Alecia that this tribal is more clear than any he’s ever seen and says he’s sure she’s getting voted out. They vote and Jeff calls for idols. He reads the votes – Alecia, Scot, Alecia, Alecia. Alecia says she never gave up and is proud of himself.