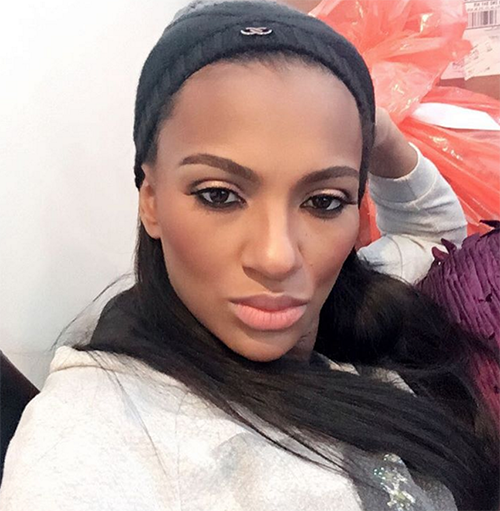 Tara Wallace is stopping at nothing to keep her cheating affair with Peter Gunz alive and well. The Love and Hip Hop: New York star planned her current pregnancy as a ploy to keep Peter Gunz in her “control.” Peter Gunz might be married to Amina Buddafly, but to a guy who’s known for his infidelity, what does marriage really mean?

It turns out that Tara Wallace shocked everyone with her big reveal on the show, announcing that she is pregnant with Peter Gunz’ baby for the third time, but it turns out, she has been planning it all along.

Tara’s friend let it slip that “Tara knew she had to do something desperate if she wanted to keep Peter Gunz in her life. She wants him to leave his wife, Amina Buddafly and getting pregnant again, was in her mind the only chance she has to make that happen.”

So Tara Wallace upped the ante of the twisted love triangle with Peter Gunz and Amina Buddafly by getting pregnant and, in a sense, gaining the upper hand in the never ending battle for Peter Gunz’ “love” and affections.

To make matters even more twisted and complicated, this is going to be the third baby for Tara and Peter, but will be his ninth child in total. This number could have been even bigger, but Amina Buddafly chose to get an abortion after she discovered that she was pregnant with her husband’s child.

Now Amina Buddafly is destroyed and full of regret as she watches Tara Wallace and her plan to tear them apart unfold. Amina’s neighbor shared the reality stars emotions, saying, “Amina is heartbroken and can’t get over the fact that she chose an abortion. If she had known Tara was going to get pregnant, she never would have made that decision. Now it’s too late.”

Amina was seen entering a law firm on January 18 to possibly get the divorce papers started. She wants to at least see where she will stand in the divorce proceedings before she pulls the trigger on divorcing Peter Gunz.