Taylor Swift Headed for Heartbreak – Rushes Tom Hiddleston to Meet Parents – Too Much Too Soon? 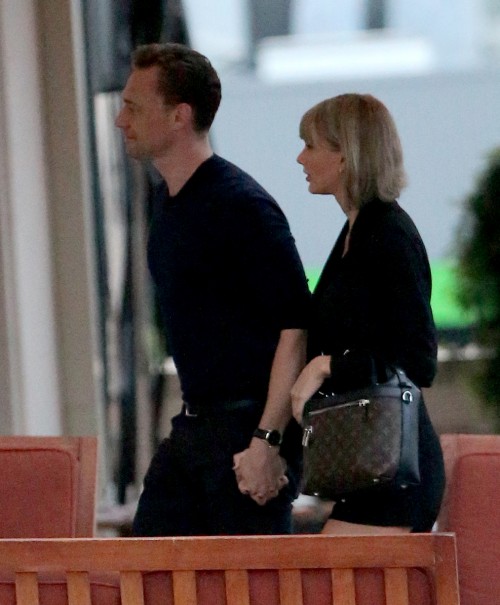 Once again, Taylor Swift is moving at light speed with a relationship. She and Tom Hiddleston have been dating officially for just a few weeks, but according to reports, T-Swift has already taken her new boyfriend home to meet the parents.

Taylor Swift seems to be the Queen of Quick Relationships – in addition to the Queen of Broken Hearts. Is Taylor’s rush to love going to land her in trouble again?
Tom and Taylor were seen out and about in Nashville on a double date with friends on Wednesday evening.

Everyone seemed to be having a blast as they chatted and drank wine. Tom Hiddleston even played the chivalrous gentleman by kissing T-Swift’s hand. Such a proper English bloke, he is.

A fellow diner at Ruth’s Chris Steakhouse told E! News the pair appeared to be very comfortable with one another. Paparazzi have proof the two are smack dab in the honeymoon phase of their relationship.

They were photographed holding hands, their fingers interlaced, while Taylor Swift sent her Brit adoring looks. Is this rushed romance the real thing or has Taylor taken up with the sexy British actor just to infuriate ex Calvin Harris?

Taylor and Tom don’t appear to care who sees them being affectionate. Are they genuinely that into each other this early on or is this a staged rebound romance? Only time will tell.

Although Tom and Taylor weren’t seen out with her parents, insiders report they met privately at the Swift’s home. What’s more, now it seems that not only has Taylor taken Hiddleston home but the duo is reportedly in the UK now.

Is Tom taking Taylor home to meet his family too? None of this is the issue, though. The elephant in the room is that fans of the singer know her pattern. Taylor Swift falls in love, falls fast and hard and things get real serious real fast.

Does Taylor push the men in her life for more than they’re willing to give? Makes sense. She burns the guy out and he dumps her. Hence ending up in one of her songs. Will Tom Hiddleston find his way there?

It’s too soon to tell, but the way things are progressing, we wouldn’t be surprised. For now, though, it’s all roses for the two. After dinner, Taylor Swift and Tom Hiddleston were seen leaving the restaurant holding hands.

Tom continued his gallant act by opening Taylor’s door for her. A source told People about the dynamics between Hiddleswift saying, “Tom’s a very smart, attractive guy with a fun personality… Tom always wants to please Taylor and show her that her friends matter. Taylor likes that about Tom.”

That’s all well and good, but how soon will it be before Tom starts to feel the pressure of being the boyfriend of Taylor Swift? Not so much from the public, but from Taylor?

Share your comments below and stay tuned to CDL for all the latest celebrity news and gossip.