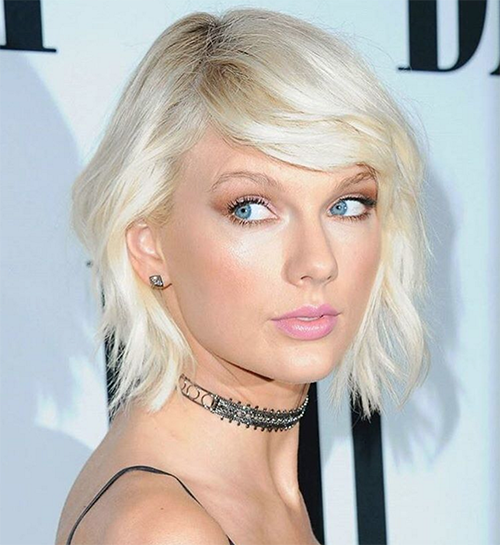 Taylor Swift has become just as clingy and needy with her gal pals as she has with past boyfriends. Taylor’s celebrity friendships are reportedly fractured. The Swift Squad is becoming sick of Taylor’s diva ways.

If the world needed more proof that it’s the world according to Taylor or nothing at all, just take a look at the April issue of Vogue. Taylor gave an interview, which is fine. But, she gave the interview during a friend’s wedding.

Not bad enough? Taylor was the maid of honor. So, instead of attending to the bride, which is what the singer should have been doing, she was giving an interview to Vogue.

An insider told OK! magazine recently that Taylor’s Squad besties are over the “self-obsessed queen bee” act. “Even her best friends’ have started making fun of [Taylor] behind her back because they’re sick of her controlling ways,” the insider divulged.

Most wouldn’t call Miley Cyrus smart, but the singer saw through Taylor’s sweet All-American girl act a long time ago. Miley had no desire to be part of Taylor’s Squad and said so publicly. Miley would rather spend time with real people living real lives.

Even Kendall Jenner won’t admit she’s part of Taylor’s collection of famous friends. A source says that Kendall is put off by Taylor’s immaturity.

An insider shares just one example of Taylor’s level of maturity, or lack of it. If Taylor and her followers are having a sleepover – yes, a sleepover for 20-somethings – Taylor bakes up batches of cupcakes and forces everyone to eat them.

Like a pouty teenager, Taylor Swift gets very upset if her buddies won’t eat the cupcakes. Taylor won’t eat them herself, oh no! She’s too obsessed with remaining stick thin. What’s Taylor trying to do, fatten up those friends so she looks even skinnier than she already is?

Right now, Taylor Swift has most of her friends afraid of being dumped. They hang on because Taylor passes out free vacations and other expensive goodies to those who bow down and treat Taylor like the diva she thinks she is.

Those who haven’t already seen Taylor for who she really is are coming around. The Swift Squad may become a thing of the past and Taylor will be exposed as phony mean girl.