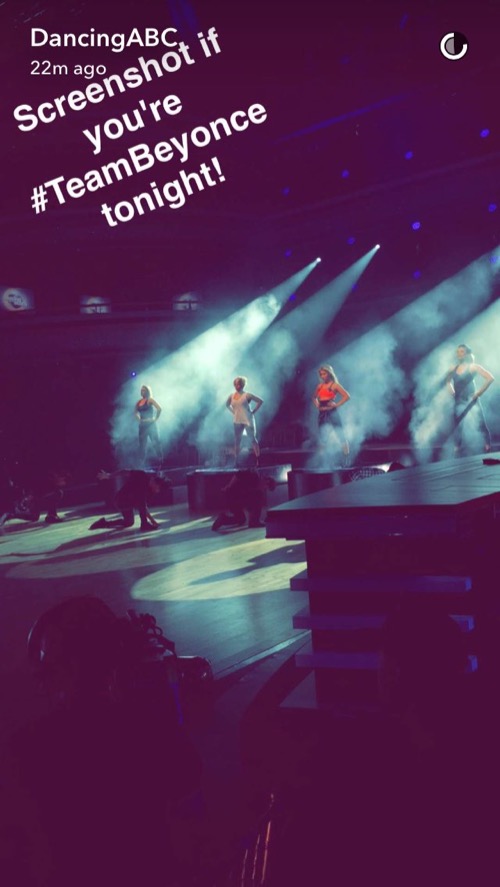 Tonight on ABC the remaining eight celebrities will dance to popular music from favorite musical icons, as “Icons Night” comes to “Dancing with the Stars.” On tonight’s episode the remaining celebs were split into teams, the Men VS the women.  The gals team named Team Beyonce consists of Ginger, Paige, Kim and Jodie and they danced a freestyle to a Beyonce medley.  Did you watch tonight’s episode? If you missed it we have a full and detailed recap, right here for you. Did you miss any of tonight’s performance videos? If you did we have them all, right here for you!

Judges comments on Team Beyonce’s DWTS Week 7 Freestyle: Bruno: “OMG I am overwhelmed, you all looked stunning. You lost sync though a couple of times. Overall, hot.” Carrie Ann: “You all brought your nasty game it, you challenged yourselves with difficult choreography. There were a few moments there where there were mistakes.” Len: “I am concerned about the whole competition, I have no clue who is going to take that Mirror Ball because the competition is fantastic.”

Watch the video below and let us know what you think? Do you think Team Beyonce did a good enough job?  Sound out in the comments below!