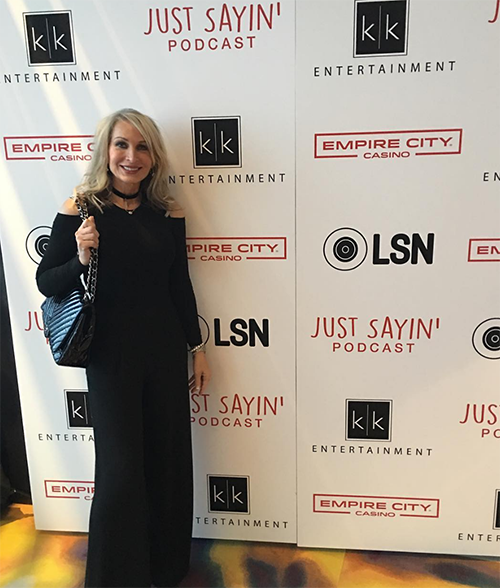 ‘The Real Housewives of New Jersey’ star Teresa Giudice is feuding with longtime friend Kim DePaola because Teresa skipped out on Kim’s annual Posche fashion show. Real Mr. Housewife has the inside information on the situation between Kim and Teresa. As per usual, Bravo cameras were ready to roll for Kim’s Posche boutique fashion extravaganza. A source revealed, “Teresa told Melissa that if she didn’t go, [Bravo] wouldn’t tape the fashion show.”

Even though Teresa wasn’t there for Kim’s fashion show, Bravo cameras were on the scene and taped it anyway, according to Real Mr. Housewife’s insider.

Kim DePaola was steaming mad about the fact that Teresa Giudice chose loyalty to Melissa over their longtime friendship. “Kim has always supported Teresa and been loyal to her for years. You just don’t do this to a friend who has always been there for you like Kim was for Teresa.”

Well aware of Teresa’s decision, Kim wasn’t shy about letting Teresa know she knew! Even though Teresa tried to reach out and make things right between the friends – or now perhaps former friends – Teresa and Kim haven’t spoken to each other at this point, the source revealed.

There’s nothing like a little bit of revenge. Kim threw herself a birthday party recently and Teresa’s name was noticeably absent from the guest list. It doesn’t appear that this ‘RHONY’ feud between Teresa Giudice and Kim DePaola is over yet.

Funny what a difference a couple of years make, isn’t it? Not long ago, Kim sat with Teresa while getting their hair and makeup done for a Posche fashion show. Kim trotted out a guy who used to work with Melissa. The club owner told Teresa that Melissa Gorga used to be a stripper at his establishment.

Teresa couldn’t wait for Kim and this guy to expose Melissa Gorga’s alleged past at that year’s fashion show taped for RHONJ. Now, Teresa has made a complete turn around and is supporting her previously estranged sister-in-law and turning her back on her formerly loyal friend Kim.