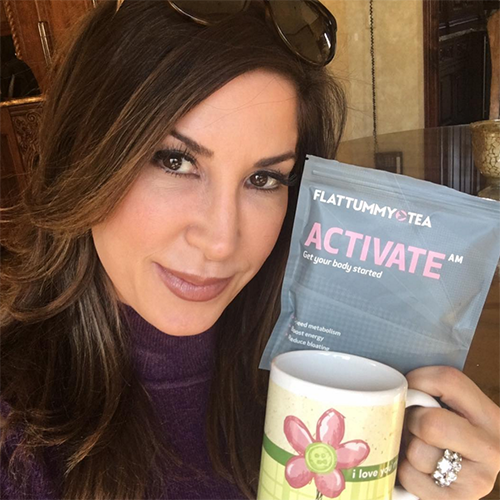 ‘RHONJ’ Kathy Wakile got into a fight with Robyn Levy over Melissa Gorga and Jacqueline Laurita. This took place at the Envy Fashion Show event where The Real Housewives of New Jersey ladies were filming what is reportedly the final episode for the season.

Real Mr. Housewife got the exclusive on what happened at the Envy Fashion show. The problems seem to have started when Jacqueline Laurita decided not to attend. A source revealed to Real Mr. Housewife that “Jacqueline had no intention of going” because Melissa and Jacqueline are no longer friends. Reportedly, this event at the boutique was filmed as the finale to the season.

Apparently, Robyn and Kathy were having an argument over Jacqueline not coming because of the rift with Melissa. An insider who was at Melissa Gorga’s fashion show divulged, “Kathy was having none of it and shut Robyn down.”

Kathy Wakile did not raise her voice during the entire incident. It is not clear exactly what happened, but the source says it was necessary for Kathy to remind Robin she is new to the ‘RHONJ’ cast and that Robyn shouldn’t “get involved in things that were not her business.”

This means Robyn Levy is yet again leaping to Melissa’s defense over Jacqueline and can’t do so in a calm manner. Kathy didn’t lose it, but Robyn did. Sources say Robyn was heard raising her voice.

Some of the ladies posted photos of the evening on Twitter and Instagram. None of the pics hinted that there was any conflict during the taping. Teresa Giudice posted a pic with her brother, Joe Gorga, and they seemed to be all good.

Jacqueline supposedly was home sick with some tea – she posted a photo to Instagram complaining of a sore throat. But the insider says Jacqueline outright refused to be there because she didn’t want to be fake and phony and play nice with Melissa Gorga for the cameras.

Robyn Levy stirred up trouble during the entire new season of The Real Housewives of New Jersey. On a cast trip, Robyn tried to start an argument with Jacqueline over Kathy Wakile’s sister Rosie Pierri. This was after Robyn tried to pick a fight with Rosie and one of Teresa Giudice’s book signings.