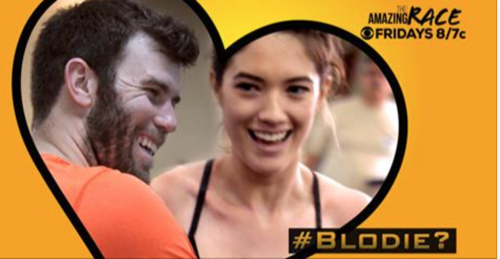 Tonight on CBS the Emmy award winning show The Amazing Race hosted by Phil Keoghan returns in an all new Friday March 4, season 28 episode 4 called Get in “Get It Trending.” and we have your recap below. On tonight’s episode, the race continues in Geneva, Switzerland, where a romance blossoms between two racers.

In the last episode, the race continued in Cartagena, Colombia, where claustrophobia threatened to prevent one racer from going deep into catacombs to retrieve a clue. Did you watch the last episode? If you missed it we have you covered with a full and detailed recap right here for you.

On tonight’s episode as per the CBS synopsis, “the race continues in Geneva, Switzerland, where a romance blossoms between two racers. Later, teams get caught in one of the largest-ever footraces to the mat for first place.”

#AmazingRace starts with the nine teams in South America and headed for Geneva Switzerland. Brodie and Kurt leave first and have to find the Jetstream in Geneva. Tyler and Korey leave in second. Burnie and Ashley head out in third.

Looks like all the teams will be on the same flight. Dana and Matt leave in fourth then Brittany and Jessica in fifth. Sheri and Cole are in sixth, Erin and Joslyn are in seventh. Brodie and Kurt try to get seats up front so they can get off first.

The other teams tease Brodie about his crush on Blair. She and her dad show up and Brodie is full-on staring and then blushes. Zach and Rachel show up last. All of the teams are surrounded by fans who want pics with them.

They finally board the plane. They land late at night and then it’s a race to the Jetstream on the lake. They are all running. There’s confusion about which way to go. Tyler and Korey are first to the clue box. They then head out on foot to the next spot.

Brodie and Kurt drop from first to sixth. Scott and Blair are last. Burnie and Ashley make it to the chocolate shop first and will be first in at 10 am. Scott and Blair get the last number. Now the teams have to find their crash spot.

They are in a cave sort of set up and the others talk about Brodie and Blair cuddling and the others name them #Blodie. Next morning, they head to the chocolate shop. They get a clue for a #Detour.

They can build Swiss army knives or do the math on how many butts can fit on a bench. It’s work bench or bench work. The long, long bench was set up in 1767. Burnie and Ashley decide on the bench as do other teams. Tyler and Korey go for the knife.

They have a clicker and they ask people to move so they can measure. They sit and alternate. They annoy two chess players. Erin and Joslyn show up to do the bench butt task. Tyler and Korey are second to the knife shop.

They have instructions and an assembly machine and all the parts. Sheri and Cole and Josslyn and Brittany are wandering lost. They walk right past the Swiss Army Knife symbol on the shop. There are three teams there now and it’s full.

The others have to do the bench. Brodie and Kurt also annoy the chess players. Sheri and Cole and Brittany and Jessica are lost and can’t find anyone who speaks English. They finally find the park but are way down below it.

Erin and Joslyn are counting and moving. Burnie and Ashley are happy they have the counter. They make it to the end and decide it’s 217. It’s actually 190-197. They have to start over. They talk to the others then restart.

Sheri and Cole are there and start. Zach and Rachel are struggling with their knife. He says it’s like LEGOs but harder. Tyler and Korey struggle to align things and say it’s a big puzzle. Scott and Blair are working together.

Blair says her dad’s surgeon hands are great for this and she reads the instructions. Dana and Matt bicker while they progress down the bench. Zach and Rachel get their knife checked and it fails. They missed a small blade.

Tyler and Korey have their knife checked and get it right. They’re in third place and are told to go to the Broken Chair. A woman tells them they can run to it. They take off. Sheri and Cole guess 194 and get it right the first time. That puts them in 4th.

They are on the bus with the other two bench teams that are done. Dana and Matt get their clue for 5th and then Erin and Joslyn are in 6th. Zach and Rachel have their knife checked and take 7th place. They head to the train station.

Erin and Joslyn go the wrong way for the train. Zach and Rachel are told it’s the last stop. Brittany and Jessica are clueless. Scott and Blair head out in 9th place. They spot Joslyn and Erin and run over to join them.

Brittany and Jessica are on try number three and finally get it right. They are in last place. Tyler and Korey find the Broken Chair in front of the UN and are first to face the #Roadblock. They have to identify the 10 flags of the founding members.

There are lots of flags and 10 flags on the map. Brodie and Kurt and Sheri and Cole are there as well. The guys agree to work together. There are four teams working together. Dana and Matt show up in fifth.

Korey and Matt team up and split up to divide the labor. Zach and Rachel show up in 6th. Rachel does the challenge. Korey submits his flags. He’s got one wrong. Matt and Korey restart. Burnie submits his and has them right. That puts them in 1st.

Blair starts the challenge. Burnie and Ashley are told to go by train to the French Alps in Chamonix for the pit stop. Brodie and Kurt leave in 2nd place followed by Sheri and Cole in 3rd. Brittany and Jessica aren’t there yet.

Burnie and Ashley are on the first train. Back at the UN, Matt submits his flags. He and Dana leave in 4th. Korey and Tyler leave in 5th.  Scott and Blair head out in 6th place. Erin and Joslyn are in 7th and Zach and Rachel in 8th.

Jessica is working along and is really upset that the others teams worked together but excluded her. She’s crying. The train pulls up to the connecting station with the second set of teams on it. Jessica leaves in last with Brittany.

The teams have a layover. They load onto the train. They are told there’s another connection with an hour wait. Jessica and Brittany are on the last train. The models have to make a connecting train and aren’t sure if they’ll get onto it.

Another train pulls up and Kurt and Brodie see all the other teams are on the train. They are now all on the same train. Everyone except for the models is on the train. Brittany and Jessica get on another train.

In Chamonix, France the trains pull up and it’s going to be a foot race. The train pulls up and they’re running. The streets are snowy and chill. Brodie and Kurt are in first and Tyler and Korey in second. Everyone is there and they all touch the mat.

Scott and Blair are in 8th and they all get welcomed at once. Brodie and Kurt win $3k each. Brittany and Jessica show up later and are told they’re last and are eliminated from the race. They talk about how happy they are to have raced together.