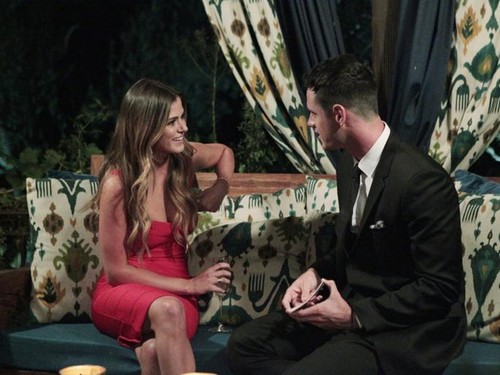 The Bachelor 2016 spoilers revealed earlier this month that Season 20 is about to get crazy – and Bachelor Ben Higgins falls in love with not one, but TWO women on the show. Lauren Bushnell is the reported winner according to Reality Steve and JoJo Fletcher got burned by Ben Higgins’ lies.

It’s not unusual for The Bachelor to develop feelings for more than one of the girls he is dating on the show, but Ben Higgins crossed a line and told TWO women that he was in love with them – Lauren Bushnell and JoJo Fletcher – and he did this cruel thing at the behest of The Bachelor producers – just for drama to show fans. So, both women were expecting to be the final rose winner – and of course only one of them was.

This week’s edition of Life & Style Magazine reveals that the runner-up for Season 20 was heart-broken when Ben Higgins sent her home and didn’t get down on one knee and propose to her, she honestly thought that she was leaving with a Neil Lane engagement ring. And, who blames her?

Ben Higgins actually told her he was in love with her – that’s usually a pretty good indicator that you are getting the final rose, not being dumped on national television.

The Season 20 “loser” (who is JoJo Fletcher), didn’t take the break-up well. An insider dished to Life & Style Magazine, “She was so disappointed. She rushed to her room, saying she had to call her mom. By 11:30 the next morning, as Ben celebrated with the winner, the heartbroken contestant still hadn’t emerged.”

It sounds like the runner-up wasn’t the only one who had a tough time with the break-up, so did Ben Higgins! Despite the fact that Ben is now engaged to The Bachelor 2016 winner, it appears he might be having second thoughts.

I think we can all agree that he does NOT sound like a man that is confident in his decision. Is Ben Higgins’ engagement to Lauren Bushnell doomed because he is still in love with the other woman, JoJo Fletcher? Don’t forget to come back to CDL for all your Bachelor 2016 info! Let us know what you think in the comments below!