The Bachelor 2016 Spoilers: Ben Higgins’ Season 20 Winner Revealed – Are They Getting Married? 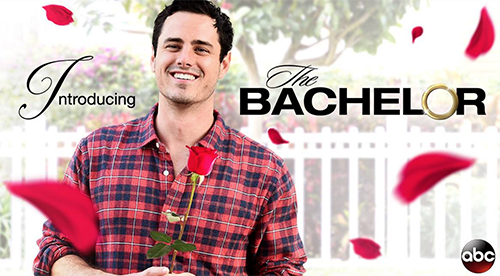 Who is the 2016 winner of The Bachelor and Ben Higgins‘ future wife? Bachelor 2016 spoilers tease that the Season 20 premiere of the reality TV dating show will air tonight, January 4th, on ABC. Bachelor Nation will get to meet all 27 of Ben Higgins’ new ladies as they pile out of their limos and make cringe-worthy introductions and corny jokes. As the women arrive one at a time, you will probably be wondering which one actually is crowned the Season 20 winner – and if you don’t want to know, stop reading now!

According to Bachelor 2016 spoilers, Ben Higgins is in for one hell of a ride as ABC’s Bachelor – and Season 20 is packed full of reality TV drama. According to various reports, there are some truly wacky women moving into the Bachelor Mansion. Of course, The Bachelor finished filming weeks ago, and Ben Higgins has already crowned his 2016 winner. Bachelor spoiler guru Reality Steve leaked the name of the 2015 winner months ago, and according to his spoilers – Ben Higgins is currently happily engaged to Lauren Bushnell.

So who exactly is Ben’s future wife Lauren Bushnell? Bachelor 2016 spoilers tease that she is a flight attendant hailing from Los Angeles – but she was born and raised in Portland, Oregon. Lauren reportedly comes from a very religious family, and is a devout Christian herself – which would explain why she hit it off so well with Ben Higgins, who also has a pretty grounded background and family. It sounds like Ben Higgins and Lauren Bushnell might be the new and improved version of Sean Lowe and Catherine, minus the whole virgin thing of course.

So Bachelor fans, are you as excited as we are for The Bachelor Season 20 premiere? Do you think that Lauren and Ben will break the Bachelor curse and be the first couple in three seasons to actually get married? Let us know what you think in the comments below and don’t forget to check CDL for all of your Bachelor 2016 spoilers and news!